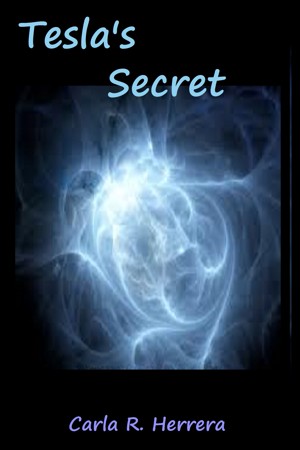 By Carla Herrera
Rated 4.50/5 based on 2 reviews
A humorous short story about what might happen if Nikola Tesla had accidentally left a secret invention in a basement in small-town Arkansass.

What if, two crazy characters found it, used it and through the machine were able to meet Nikola Tesla, Edgar Allen Poe and Elvis Presley?

You can see some of my artwork on Redbubble and support an indie artist:
https://www.redbubble.com/people/crherrera/shop

It is well-known that Nikola Tesla was an astoundingly brilliant inventor-engineer-scientist whose true life story is quite fascinating and well-worth reading about. He is also a great character for fiction, especially science fiction, as it's easy to believe him to be capable of anything, After all, he was decades ahead in many ways, including his concept of a global wireless broadband network. Who knows what incredible gadgets he may have tinkered with and left behind in some basement somewhere? That is where this short story, Tesla's Secret, by Carla Herrera, begins. A woman and her daughter come across such a device in a hotel whose owner wants nothing to do with the crappy-looking ancient machine. Messing around with it, they accidentally find it to be a sort of seance generator, able to bring back the spirit and form of dead people, but only for a brief period, a few minutes at most. I love what Carla does with this idea. Naturally, the first thing you think of is, who to bring back to talk to? The mother and daughter have very different ideas, and their disagreements and mutual disapprovals make for a very funny and entertaining story. The nature of the machine itself, its limitations and side effects, are also interesting. Highly recommended!

You have subscribed to alerts for Carla Herrera.

You have been added to Carla Herrera's favorite list.

You can also sign-up to receive email notifications whenever Carla Herrera releases a new book.