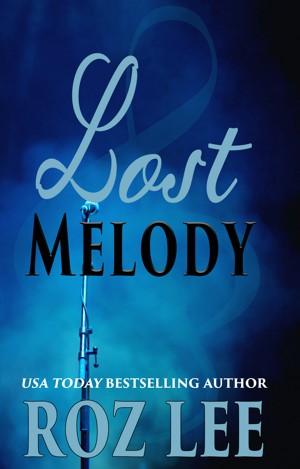 By Roz Lee
Rated 4.50/5 based on 2 reviews
2014 HOLT Medallion Award of Merit
Finalist - 2014 Booksellers Best Award - Greater Detroit Romance Wrtiers
Willowbrook seems like the perfect place for someone to get lost, permanently, if they have a mind to – and Mel Harper has a mind to. What she hadn’t counted on was Hank Travis, local boy turned rock star who won’t take no for an answer. More
2014 HOLT Medallion - Award of Merit - Virginia Romance Writers
Finalist - 2014 Booksellers Best Award - Greater Detroit Romance Writers
Out of sight, out of mind. That’s what Melody Ravenswood was counting on when she invented a new life for herself as Mel Harper in the small farming community of Willowbrook, Texas. She could be herself, whoever that was. Having long since lost her identity to being the only child and sole beneficiary of a legendary rock and roller, she was finally going to live the normal life she craved – a job, a house, friends and no paparazzi.
Hank Travis is the last thing Mel needs in her new life. The local boy turned rock and roll star’s sexy, won’t take no for an answer pursuit makes her long for a life she has only dreamed of. Before Mel can have the future she wants with Hank, she must confront her past and find the Melody she lost along the way.
Available ebook formats: epub mobi pdf lrf pdb txt html
First 20% Sample: mobi (Kindle) lrf pdb Online Reader
Price: $3.99 USD
Buy Add to Library Give as a Gift
How gifting works
Create Widget
Tags: romance texas love story contemporary romance award winner rock and roll sweet romance rockstar dramatic story rock and roll hero
About Roz Lee

USA Today Best-Selling author Roz Lee is the author of thirty romances. The first, The Lust Boat, was born of an idea acquired while on a Caribbean cruise with her family and soon blossomed into a five-book series published by Red Sage. Following her love of baseball, she turned her attention to sexy athletes in tight pants, writing the critically acclaimed Mustangs Baseball series.
Roz has been married to her best friend, and high school sweetheart, for nearly four decades. Roz and her husband have two grown daughters and are the proud grandparents of three adorable grandkids.
Even though Roz has lived on both coasts, her heart lies in between, in Texas. A Texan by birth, she can trace her family back to the Republic of Texas. With roots that deep, she says, “You can’t ever really leave.”
When Roz isn’t writing, she’s reading, or traipsing around the country on one adventure or another. No trip is too small, no tourist trap too cheesy, and no road unworthy of travel.

Review
Maria White reviewed on July 8, 2013
(no rating)
A wonderful story of love conquering all in a world full of groupies and roadies, the music industry, seems to be a tough life. After much resistance from Melody, she realizes they are meant to be together and Hank wins her love.

A great read which I highly recommend.

Mel Harper wants to reinvent herself, hoping that a new job as a reporter for a small time paper in a neighborly Texas town will be enough to keep inquisitive eyes away from her and the past that still haunts her dreams.
Hank Travis is the creative force and drummer for BlackWing, back home in that same Texas town, making preparations for cutting a Ravenswood cover CD.
Mel has a rule: no involvement with musicians, period—a mantra hammered into her by her mother ever since the day her father died in a plane crash on his way to celebrate her tenth birthday. And as children do, that young girl carries the burden of guilt knowing that the father she adored would not have died but for his determination to be with her on that special day.
Hank has a rule: no involvement with reporters, ever. He spends half his year in the spotlight, hounded by paparazzi and Hank sees them as worse than out-of-control fans or stalkers.
When Mel shows up on Hank’s door for an interview with Henry Travis, who turns out to be Hank’s dad, that little mix-up has consequences that neither Mel nor Hank can ignore. The attraction is immediate and compelling. But as these things go, the road to true love isn’t just pot-holed, it’s cratered and lined with razor blades.
Hank is convinced Mel’s the one for him (even after he finds out who she really is), the woman who will be his hearth and home, giving him the kids and the stability he so desperately needs in his insane creative world. So he issues a challenge, agreeing to give her the interview of the decade, if she’ll devote a month to the assignment. Hank is certain he can bring Mel around to his way of thinking.
Were it that easy…
There’s the matter of a song and reminders that Ravenswood was her father’s creative legacy and bitter memories hammered into her by a mother with an agenda that only unfolds slowly as the young woman comes to grips with her own legacy, her untapped talent and her confused feelings about a modern music legend.
The central love story has many hills and valleys, not much runs smoothly for Mel and Hank and there are more reasons for them to be apart than to be together, especially for Mel who has far more baggage to handle than Hank.
The point of view toggles between both characters and the author does a credible job giving each one a unique voice. For me, I had issues with Mel—in that, get over yourself girl, wake up and smell the platinum record way. Mel insists on finding herself at the expense of Hank’s feelings. I had a vibe of self-serving reticence that removed a few ticks on the sympathetic character ledger.
Hank, on the other hand, was spot on with how he felt and the way he dug in and kept promises (mostly, again there’s that song thing but most readers will be in a forgiving mood, I certainly was). What I especially liked with this character was the journey he took: looking at who he was, what he loved, what he needed to do with his life, and the kinds of sacrifices he was finally prepared to make to have what mattered most.
Mel … not so much. Yes, she makes sacrifices on her own convoluted emotional journey but they seemed, to this reader, less authentic.
Oh alright, I liked Hank way better, sue me.
The details about the music industry, recording sessions in particular, seemed quite authentic and added tremendously to the story. The author is an excellent storyteller, adept at keeping to the core romance genre framework. I found quite a few content errors (typos, missing/extra words) so this could use another hard edit to bring it up to specs. I’d also pare down Mel’s emotional journey because it became a little repetitious. That might go a long way to bringing her character up to more ‘sympathetic/likable’ standards (your mileage may vary).
For those reasons, I’m giving it four stars. That makes this a solid romance read.

For me, Lost Melody was a love story in the true sense of the word - very focused on the central relationship between the hero and heroine. At 94K words in length there really was the space to develop this story in a beautiful way. Ms. Maroney fully explored Hank and Melody's motivations and frustrations, and the complexity of their growing feelings for one another. As a reader I was left feeling as if I knew these people and the town of Willowbrook intimately. I lived Melody's pain that stemmed from her past. I "got" Hank's need for a sense of normality outside the crazy world of rock music. Can a romance be both sweet and sexy? Yes, in this case it was definitely that - a sweet love story with an underlying simmering sensuality that gave the relationship both depth and credibility. I highly recommend Lost Melody if you enjoy grand contemporary romance with just a hint of spice - and of course if you want a fascinating, behind-the-scenes peek at the world of music recording as an added bonus!

You have subscribed to alerts for Roz Lee.

You have been added to Roz Lee's favorite list.

You can also sign-up to receive email notifications whenever Roz Lee releases a new book.