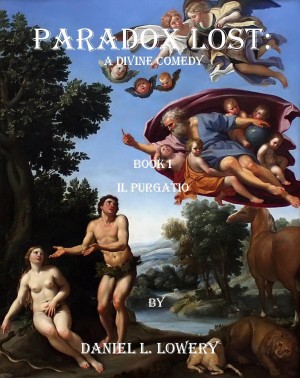 Rated 4.50/5 based on 14 reviews
Will a deeply indebted biologist betray evolution solely for money? Steve Adams longs for a life of adventure, making great discoveries in science, but his debts prevent him from leaving his dull job. When a mysterious Dr. Tafus offers him a high paying position at creationist school, Adams jumps at the chance. Will a lifestyle of ease cause him to abandon science for superstition? More
Daniel L. Lowery uses the power of myth to destroy the myth of creationism. He evokes such literary masterpieces as Paradise Lost, The Divine Comedy, Faust and more to expose the false idols of Creationism and Intelligent Design.
As in Dante's "The Divine Comedy" this first installment shows the protagonist, Steve Adams, enduring the purgatory of high-cost education, crushing debt, poor job prospects and limited social life. It causes him to accept a position at a creationist university despite the warnings he receives.
This first part of Paradox Lost shows why there is so much intellectual dishonesty in America. How do Creationists, Global Warming Deniers and the Flat Earth Society get their members? This edition demonstrates that overwhelming debt plays a large role.
Download: epub mobi (Kindle) pdf more Online Reader
rtf lrf pdb txt
Price: Free! USD
Add to Library
Create Widget
Tags: education science philosophy intelligent design creationism evolutionary biology biology adam eve fundementalists evolution versus creation evolution and creation evolution of christianity darwins theory of evolution darwinian evolution
About Daniel L. Lowery

ABOUT THE AUTHOR: Daniel L. Lowery writes books that challenge the status quo. While looking for solutions to his own David and Goliath struggle, Lowery noticed very few management books geared to the independent business owner. CEO’s, vice-presidents and other executives could draw on the acumen of Churchill, Robert E. Lee, Sun-Tzu and a host of other historical figures for their problems, but the issues of the smaller entrepreneur were scarcely mentioned. Puzzled by the lack of material on this subject, Lowery spent the next seven years researching the best methods for smaller businesses to compete against their giant adversaries. From that research came Battling The Corporate Giants: The Ultimate David and Goliath Story: a book truly written from the trenches of corporate warfare.
Recently Lowery has spoofed the Creationist movement with Paradox Lost. A book that evokes such literary masterpieces as Paradise Lost, The Divine Comedy, Faust and more to satirize the false idol of Intelligent Design.
Now Lowery explores the narcissistic world of contemporary romance with his provocative collection of short stories and poetry, The Reflections of a Narcissist. A book that holds a mirror up to modern love and reveals a society laughing at its own narcissism.
Daniel L. Lowery resides in Ramona, California with his wife Claudia, son Ryan and daughter Larissa. He is always looking for a good opportunity. 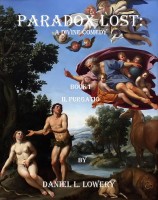 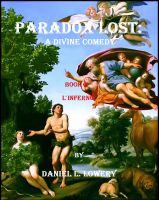 (review of free book)
Gaurav Kumar reviewed on Sep. 24, 2013
(no rating)
It's an amazing book and thanks Danial Louis Lowery to write this ebook. This perfct.

(review of free book)
Ihron Soriano reviewed on Aug. 27, 2013
(no rating)
Congratulations to my friend Daniel Louis Lowery who wrote this lovable book. This is a must to read book. I really love this book

I gotta say I can relate to Adams. It was a quick read and I think it's pertinent to people of my generation (20 somethings) doing everything the previous generation said to do in order to get a good job and have a good life and having it not really work out. He's a likable guy, easy to relate to. It's a good story, especially for recent grads. Very insightful.

Reading this ebook by Daniel Lowery was a pleasure and a welcome enjoyment. I wanted to read more after finishing the last page. A great book on young adults covering the topics of; college debt, credit card debt, inequality at work, and just trying to find your identity in a world of information and illusion. The trials and tribulations of friendship and love, the devastation that comes with the loss of or, threatened loss of, these relationships. The social and political situations that can feel oppressive on the main character are greatly conveyed in this book, the scenes are funny, insightful and a fresh take on familiar topics.

PS I read this book from a suggested group on FB, same as Sam Matz-another reviewer, although I enjoyed the book a lot more.

Is an interesting story, another way to see the life, and the description of the characters makes you imagine the situations that they are living

I find the details to be crucial to character development. If this were a film, it'd be an undoubtable mastry to the genre of Black/Dark Comedies. The story carries me along in ways classics like Sartre's "Age of Reason" or Remarque's "Arc of Triumph" do- even the disappointments characters face bring me closer to understanding them in a very humanistic way. This is a well-written, charmingingly funny book. I recommend any one to read it- especially college students or aspiring college students. Undergrad or grad, we all can relate to at least parts of this story for sure!

Quite a good read! I dunno if that's the typical American lifestyle but occasionally makes me want to roll my eyes :P I like the hidden symbolism in there, like the choice of names (Adams and Evelyn, Lilith and Backus) or the blood-stained contract with Dr Tafus. The Philosophy lectures are a lot of fun too, and the "You think, therefore I am" poem was LOLs :D

I found this book because the author (I was unaware he was the author at the time) posted a link on a relevant Facebook group. I read it for two reasons: first, it was short; second, it had a high rating. Unusually high, but that didn't send up any red flags until after I read the book. It is, in my opinion, clumsily written and in need of a good editor. It has details which are unnecessary, it uses caricatures instead of characters, and it tells when showing would be more useful.

All of that, though, is not why this gets 1 star from me. I'd give it at least a 2 star, because it has a fairly coherent plot & world, and uses puns well in the first go around (even if they're repeated too often for my tastes).

No, the 1 star is because of all the 4+ star reviews on this book. As of July 16, 2013, the vast majority of the reviews are the only Smashwords activity by that account. In many cases, the review was made the same day the account was. One account has another review - on another book by Daniel Lowry. It is also glowing. For me, it's simple: glowing reviews from fishy accounts + mediocre writing at best = ratings manipulation. And I don't like that.

This novella is a beautiful expression of the atheist view of every day life. It is a very real exploration of the human condition making no effort to deny the everyday struggles and triumphs of the every man. The book is full of quips and puns (built around somewhat ironic and very clever biblical references) which entertain the reader sufficiently to continue on into the somewhat mundane plot. That is the the only major flaw I would find in this book: the plot takes some time to take off; it is only at the end of the first book that moral and philosophical questions of atheism in largely religious society come to the floor and give the book some more meat. The slow pacing does however open up a wealth of characterization of the main character which serves to engage the reader. Secondary characters are entertaining and quite original. Lowery is a very talented writer and simultaneously blends the seriousness of religious discourse with genuinely funny writing. This is (I think) very deliberate and serves to emphasize the paradoxes of life and in particular major religions in a way which is quite masterful and funny. I am yet to read the second book but I would definitely recommend the first, even as a stand alone simply for the joy that it is to read.

You have subscribed to alerts for Daniel L. Lowery.

You have been added to Daniel L. Lowery's favorite list.

You can also sign-up to receive email notifications whenever Daniel L. Lowery releases a new book.