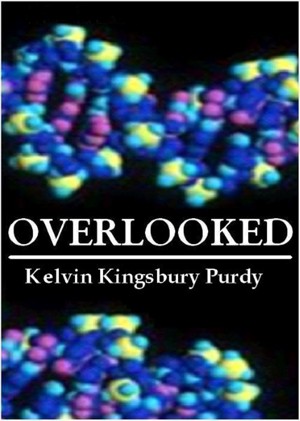 Reviews of Overlooked by Kelvin Purdy

Review
Tom Hanes reviewed on Dec. 29, 2021
(no rating)
This trash is poorly written by a delusional psychopath. The atrocity he committed was so severe that his mind fragmented and he is making up romanticized stories to feel better about his pathetic existence. He has manipulated every one around him into believing his innocence. I feel bad for both children for losing their parents, especially so young and in this manner. I can't even imagine. Notice how he never speaks about his deceased wife or how much he loves her or misses her. Yet we're supposed to believe he didn't do it? It's all about HIM. He is a dangerous narcissist. The police set him up, and for what purpose? He isn't anyone special for there to be a big conspiracy. The evidence doesn't lie. His demeanor when he was arrested said everything. The parole board doesn't care that he has good behaviour. It means nothing if he isn't remorseful. His plans are simply delusions of grandeur. There is severe mental illness going on here and I don't forsee him ever snapping out of it. Kelvin is not the victim. Denise and his children are.

In his book ‘On Writing’ Stephen King says that by cutting out 10% on a re-write makes for a better story. Kelvin has cut 35% on a re-write of his book ‘Overlooked’ and made for a much, much better story! Although the original is well written and all facts stated are true and verifiable, the second effort ‘DNA Overlooked’ retains it’s veracity and is a lot easier reading.

I find it interesting that Kendall Hansen, a journalist, can make such a negative comment on the book without ever having read it. Instead he seems to rely on biased information printed by the Nanaimo press.

(review of free book)
Cathy Tait reviewed on Dec. 29, 2013
(no rating)
To anyone who knows Kelvin Purdy, knows he is an innocent person, who was wrongfully convicted of this crime. So sad that more probing by the police, justice system, also Kelvin's lawyers and jury, things would have turned out differently. How is it that people higher up want this book to go away and for Kelvin Purdy to admit to something that he didn't do. Kelvin "hold your head high", the truth will come out .God bless you nephew, we are right beside you all the way. To bad our shoddy newspaper didn't cover this story with better thought and planning. They were just like the police, had their blinders on. Has anyone checked out the boyfriend lately, seems he has abused his last girlfriend- court date pending. He also abused a girlfriend years ago. Funny how this never made the newspapers.???

(review of free book)
Kendall Hanson reviewed on Feb. 25, 2013
(no rating)
This FICTION book is quite honestly a joke, full of spelling and grammar mistakes. Not to mention that it is completely insulting to anyone even vaguely familiar with the case. "Overlooked" is definitely worth overlooking.

I won't read this book because I don't like fiction. You may want to read this article in the local newspaper or read the complete decision online if you want some good context.

The jury got it right. Having covered the trial of Kelvin Purdy in 2005, and also having spoken with lawyers, witnesses and police officers familiar with the case, I certainly believe that he is right where he belongs - in prison.

Purdy is doing time for the murder of his estranged wife, Denise Purdy, savagely murdered in a north Nanaimo alley on Dec. 12, 2003 as she walked to a bus stop in the pre-dawn hours to get to work at a care home.

For those who may be inclined to believe Purdy's claim, not only that he's innocent but that he's been framed, there is one fact that stands out among several to keep in mind. Somehow, Denise Purdy's blood and DNA were found on the passenger side of the dashboard in the vehicle of Purdy's then girlfriend, a vehicle Denise Purdy had never been in.

Even today, I still shake my head over the claim at the trial that the stain found by forensic investigators was pizza sauce.

That Denise Purdy's blood and DNA were found in the vehicle only bolsters the Crown theory, as accepted by a jury. That theory is straightforward: Purdy left the residence he shared with his girlfriend in Duncan early on the morning of Dec. 12, drove her SUV to Nanaimo, waited for Denise Purdy in the alley, stabbed her to death, drove back to Duncan where he disposed of his bloody clothing and the knife in a dumpster at a Payless gas station, and then returned home with the milk that he told his girlfriend he had gone to get.

Purdy never took the stand at the trial, so we don't know if he has an alibi for what he was doing during that hour, aside from the overlong trip for milk. He certainly didn't mention one to our reporter, Matthew Gauk, in the recent piece Gauk did looking at the case.

Another fact to keep in mind: Finding Purdy gone with her cellphone, his girlfriend began calling the phone but the cellphone was turned off.

Consider also the deep cut on Purdy's hand that required stitches that morning. He made inconsistent claims about the wound at the hospital and the story remains incredulous. The doctor who stitched Purdy's wound told the trial that the cut was "unusual" for the type of injury Purdy described.

And there arises another piece that raises questions. The trial heard that Denise Purdy and her then-boyfriend had called police about Purdy, alleging stalking behaviour. But there was nothing to indicate to Mounties that this was anything but yet another difficult divorce case.

Purdy was never charged for those pre-murder incidents.

And then there was the chilling phone call to Denise Purdy, as recounted by her daughter. She had the speaker phone turned on and the girl heard her father very clearly say he was going to kill her mother.

While Purdy's lawyers (both now judges, so he was certainly adequately represented) didn't like the word when I put it to them, the evidence was overwhelming. And the only word for the idea that Purdy's been framed is bizarre. It would require police to be protecting the real killer (whom he claims is the former boyfriend) and a conspiracy of such proportions that would require silence on the part of a lot of people.

And why frame Purdy? Like the alibi, we don't know.

There is nothing I can see in this case that makes Purdy a victim of tunnel vision, poor forensic practices or bad police work that are the hallmarks of a wrongful conviction.

Purdy's lost all his appeals and I have no expectation that a review of his case by the Attorney General will have any different outcome. Add up all the evidence, and we can see why a jury found that it was beyond reasonable doubt that he killed Denise Purdy.

An amazing story of injustice in a country that prides itself on being fair. The book is well-written, a page-turner as you read about the evidence that was 'overlooked.'
Ed Griffin

You have subscribed to alerts for Kelvin Purdy.

You have been added to Kelvin Purdy's favorite list.

You can also sign-up to receive email notifications whenever Kelvin Purdy releases a new book.