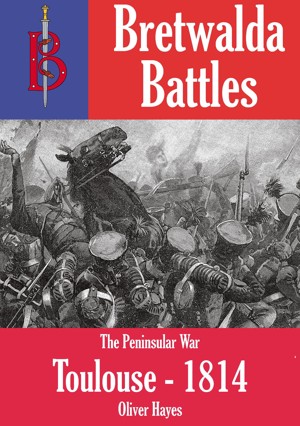 The British, Portuguese and Spanish armies of Lord Wellington had defeated the French in Spain and were now invading France itself. They mustered about 40,000 men, but sheltering behind the fortified city of Toulouse was French Marshal Soult with 49,000 men.

But all was not what it seemed. The city was rife with French royalists just waiting the chance to change sides, while Wellington was terrified his men would take to looting and rape, turning the French civilians against them. What followed proved to be a masterpiece of defensive fighting by Soult while Wellington was - for once - cautious and outmanoeuvred.

This lavishly illustrated ebook is a must for anyone interested in the Peninsular War. It includes not only an account of the action itself, but studies of the commanders, the armies, the weapons and the tactics as well.

Reviews of Toulouse - 1814 by Oliver Hayes