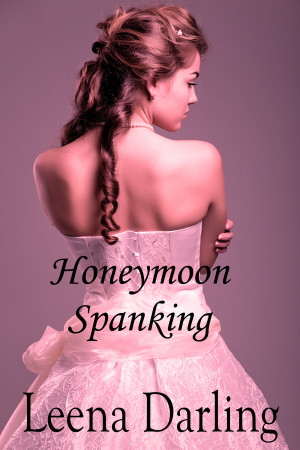 Rick is determined to start his marriage to Sarah off right, even if it means using a wooden spoon on his wife’s naughty bottom. 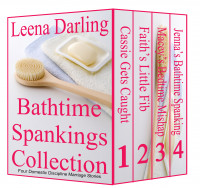 Review
Sadie S. Forsythe reviewed on on Jan. 31, 2014
(no rating)
Again, like the first story, I didn't particularly care for this. However, I got the two at the same time, so it would annoy me to have the second unread on my TBR list long after reading the 1st. So I went ahead and read it hoping I might like it more than the first. I didn't. I still found Rick's discipline to be actual disciple (like a father spanking a daughter) rather than sex play and I disliked it. This is a personal preference of course. I enjoy a spanking scene when it's encompassed in sex and there is fun to it. But a sobbing woman saying, "It hurts" isn't sexy to me. Especially when it isn't mediated by arousal. Here the beating and the sex are two separate incidents and as such I couldn't over look the abusive nature of Rick's spankings as I can in other instances. Nope still not my cup of tea.

You have subscribed to alerts for Leena Darling.

You have been added to Leena Darling's favorite list.

You can also sign-up to receive email notifications whenever Leena Darling releases a new book.