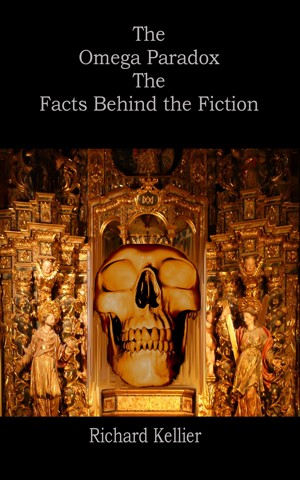 The Omega Paradox The Facts Behind the Fiction

By Richard Kellier
The Omega Paradox The Facts Behind the Fiction is primarily intended as a companion volume to 'The Omega Paradox'. Even if you have not read the novel it is rich in interesting facts. More
Facts are Stranger than Fiction.

You may be amazed at what is true in 'The Omega Paradox'.

As the often quoted cliché informs us 'Facts are stranger than Fiction', and nowhere is this better demonstrated than in the pages of 'The Omega Paradox'.

Richard Kellier 1945 -
Richard was born in Sheffield, South Yorkshire, England and been a permanent resident in the city, with the exception of two short periods in other UK locations.

He started painting, in oils, at about ten years of age, and has been painting since that time.

Richard's first attempts at writing were in the form of short stories and, much later, poetry after attending a writing course at Sheffield University.

The excursion into novel writing came much later in life.

His first novel is The Omega Paradox.

Richard Kellier is a pseudonym.

You have subscribed to alerts for Richard Kellier.

You have been added to Richard Kellier's favorite list.

You can also sign-up to receive email notifications whenever Richard Kellier releases a new book.