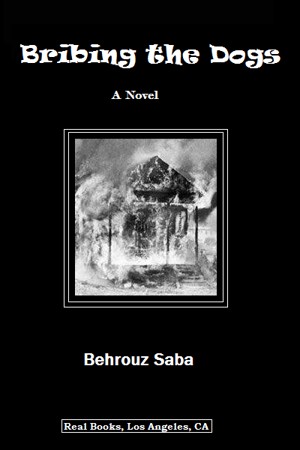 I was born on October 30, 1948 in Tehran, Iran. My parents were prominent in Iran’s literary circles, authoring and translating numerous books. My father, a bank executive and a professor, also had his own imprint under which he published lavish volumes of classic Iranian poetry and calligraphy.

I came to the United States in 1966 for higher education at a time when Iran and America were strongly allied against the Soviet Union. It was a heady era to arrive on the California Coast as I soon found myself embroiled in many of the time’s controversies while attending Monterey Peninsula College. An on-campus bulletin board which I used to post my opinions on politics and culture (an early blog of sorts), attracted wide attention in the local media.

I went on to study journalism at California State University, Fresno, where I initiated and edited a newspaper for international students, contributed extensively to other student press and organized a well-received Shakespeare film festival. I also co-wrote and co-produced a documentary on the 1915 genocide of Armenians in Turkey which was broadcast on the ABC affiliate.

At University of Southern California, I studied fiction writing with such authors as Mark Harris (Bang the Drum Slowly) and the prolific Stephen Longstreet. I learned screenplay writing from Irwin R. Blacker who also taught George Lucas and John Milius among many others. A non-fiction project found me interviewing numerous other film makers including Steven Spielberg and Martin Scorsese. Professor Blacker encouraged me to write my Ph.D. dissertation on the relationship between the medieval knight errant and the modern American private eye.

My graduation from USC coincided with the 1978-79 Islamic revolution in Iran. This was an unsettled time for me, both worrisome and exciting. As with many Westernized Iranians, I saw no place for myself in the revolutionary Iran, and yet it wasn’t easy to enter the American mainstream after 15 years of academic life.

During this period, I wrote numerous pieces for the op-ed page of the Los Angeles Times, putting in historical context the rapidly shifting events in my native land and also discussing my own predicament. The articles were carried to 400 newspapers nationwide by the Times-Mirror Syndicate, eliciting wide reader and media response. One piece, about a memorable Christmas celebration with a struggling Latino family in Fresno, was reprinted in Reading By All Means, an English textbook published by Addison-Wesley. I also started to contribute to the Pacific News Service (now New America Media) and have continued to do so over the years.

Having had considerable achievements with shorter pieces, I have now succeeded in writing longer works with the same immediacy and impact. I have completed the novels Bribing the Dogs and Proverbs of Ashes as well as three works of non-fiction.

You have subscribed to alerts for Behrouz Saba.

You have been added to Behrouz Saba's favorite list.

You can also sign-up to receive email notifications whenever Behrouz Saba releases a new book.