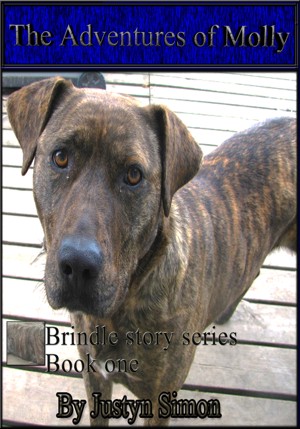 The Adventures of Molly

By Justyn Simon
The Adventures of Molly is a dog adventure story, is about dogs in an imaginary alternative world where for the most part, the action takes place. Wrangler is a pit-bull with anger issues who wants to fit in, but Buddy the Beagle doesn't like pit-bulls. Will Molly be able to end the feud ?
Download: epub mobi (Kindle) pdf more Online Reader
rtf lrf pdb txt
Price: Free! USD
Add to Library
Create Widget
Tags: animals dog animals adventures animals adventure animals pets dog action
About Justyn Simon

Justyn has been writing since he was 8, but it wasn't until March of 2013 when Justyn was 16 that he made his 1st self-published book,the adventures of molly. In the summer of 2010 Justyn started to get more involved in writing and drawing, as he had run out of space on his bookshelf.
After getting a kindle for Christmas of 2011 Justyn became more involved in social media sites, and soon started to review things on Amazon. After finding Smashword, he got in to blogging. He is a LDS boyscout and in his spare time, he enjoys having fun with his dog Molly

You have subscribed to alerts for Justyn Simon.

You have been added to Justyn Simon's favorite list.

You can also sign-up to receive email notifications whenever Justyn Simon releases a new book.