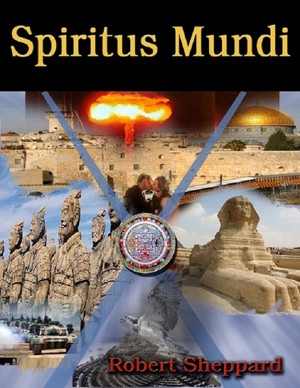 Robert Sheppard is the author of the acclaimed dual novel Spiritus Mundi, in two parts, Spiritus Mundi the Novel, Book I and Spiritus Mundi the Romance, Book II. The acclaimed “global novel” features espionage-terror-political-religious thriller-action criss-crossing the globe involving MI6. the CIA and Chinese MSS Intelligence as well as a "People Power" campaign to establish a United Nations Parliamentary Assembly on the model of the European Parliament, with action moving from Beijing to London to Washington, Mexico City and Jerusalem while presenting a vast panorama of the contemporary international world, including compelling action and surreal adventures. It also contains the unfolding sexual, romantic and family relationships of many of its principal and secondary characters, and a significant dimension of spiritual searching through "The Varieties of Religious Experience." It contains also significant discussions of World Literature, including Chinese, Indian, Western and American literature, and like Joyce's Ulysses, it incorporates a vast array of stylistic approaches as the story unfolds. Book II, Spiritus Mundi the Romance, dilates the setting, scope and continuing action as a Romance of fantasy adventure where the protagonists, still following the original action of Book I, embark on a quest to the realms of Middle Earth and its Crystal Bead Game in search of the Silmaril Missing Seed Crystal and thence through a wormhole to a "Council of the Immortals" in an Amphitheater in the center of the Milky Way Galaxy to plead for the continuance of the human race in the face of threatened extinction from a nuclear World War III involving the confrontation and military showdown between NATO, China, Russia and Iran unfolded from the espionage events of Book I. The contemporary epic culminates with the first convening of the United Nations Parliamentary Assembly, a world-scale version of the European Parliament installed as a new organ of the United Nations. 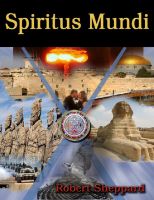 Longing for a thrilling experience of the sexual and spiritual world? Expecting a thorough summoning of your inner heart? Aspiring to find an extraordinary voice to enlighten your understanding heart? Then you can’t miss this extraordinary novel, Spiritus Mundi by Robert Sheppard. The author will spirit you into a exciting world filled with fantasy, myth, conflicts and wisdom from a fresh perspective. Don’t hesitate, just turn to the 1st page and start out enjoying this marvellous journey.
- Alina Mu Liu, Official Interpreter, Editor & Translator, HM Courts & Tribunal Service, London UK

You have subscribed to Smashwords Alerts new release notifications for Robert Sheppard.

You have been added to Robert Sheppard's favorite list.

You can also sign-up to receive email notifications whenever Robert Sheppard releases a new book.