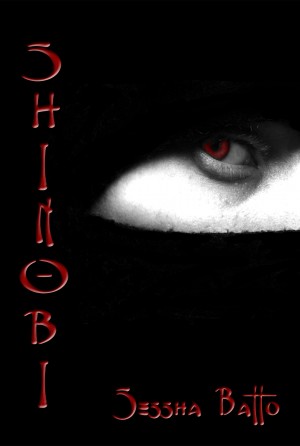 Rated 5.00/5 based on 1 review
The life of a shinobi is, at its best, a selfless devotion to duty. In modern day Japan, the ninja legends live on in a grim saga of political maneuverings, betrayal, sexual abuse, torture and homoeroticism. After years of sexual abuse and torture in the name of clan honor, Takahashi Yoshi must learn to trust, but the man who offers him hope, Sasaki Makoto, is himself flawed. More
The Shinobi Saga tells the story of modern day ninja Yoshi, shadow wolf of the Takahashi clan. In a nation where conformity is prized, he is an anomaly. A beautiful and deadly albino, prized for his exotic looks as much as his skills in the shinobi arts. From a young age he finds himself shackled by the bonds of duty, forced into play as a sexual bargaining chip for the welfare of his shuudan.

Will love be sacrificed when duty and honor rule all?

The life of a shinobi is, at its best, a selfless devotion to duty. In modern day Japan, the ninja legends live on in a grim saga of political maneuverings, betrayal, sexual abuse, torture and homoeroticism.

The Shinobi clans lurk in the shadows, performing services that not even the hardened Yakuza will touch. Takahashi Yoshi fulfills his duty with soul-stripping resolve, each assignment driving a nail into a coffin of lost faith. After years of sexual abuse and torture in the name of clan honor, Yoshi must learn to trust, but the man who offers him hope is himself flawed.

Sasaki Makoto has spent a career in torture and interrogation, exploring not only the dark secrets of his clan's enemies, but also the darkness within his own heart.

How far must Yoshi run to escape his shame and torment? And what price freedom when fear and self-loathing threaten to upend the hard fought struggle to find meaning and safety in a world fraught with danger.

Yoshi seeks time and space, only to find himself once more at the mercy of power mongers and despots. When Makoto finds him, Yoshi is broken in more than body. Near death, his spirit recedes to find safety within, locking out all who care.

They say time will heal but the path to acceptance is never easy, the roadblocks many, and none will emerge unscathed as Yoshi embarks on a struggle for balance. 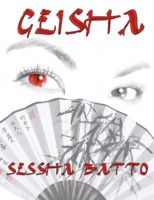 Reviews of Shinobi by Sessha Batto

Honor and duty rule a contemporary shadow world where legend clashes with the stark realities of bodies and souls bartered in the name of clan hegemony. In modern day Japan only the ninjas move within the secret circles of power and influence, fulfilling roles not even the Yakusa will touch.
Against this backdrop of manipulation, betrayal and conspiracy, Takahasi Yoshi willingly fulfills a horrendous mandate to submit to a perverted despot in service to a clan debt. Groomed to accept abuse as his duty and obligation, the infamous shadow wolf slowly succumbs to the brutality that marks his existence, stripping his soul of faith and trust.
Sasaki Makoto is the clan's torture master, wickedly self-contained and viciously successful at his job. He is a man least likely to extend a hand of friendship, let alone open his heart to the battered psyche of the broken man that Yoshi becomes. The question becomes: can a man of darkness penetrate the barrier of a lost soul and lead them both down the path of redemption and acceptance of who and what they are.
Shadow Wolf is a saga of faith betrayed, of love denied, all replaced with such shame and torment that self-loathing becomes the raison d’être of a man's existence. It is raw. It is cruel. It speaks of unspeakable acts, never holding back, never allowing the reader to ever once turn away because the only way to truly 'know' the man is to meet him at his breaking point.
It is heart-wrenching and outside of everything we know to be right and true. Yoshi stands for us at that point where the basest nature of man is legitimized and sanctified through the clan's indoctrination and culture of absolute loyalty and submission to authority.
Make no mistake, this epic tale of homoeroticism, politics and selfless duty will not be for everyone. It is sensual, it is brutal, it is honest. There's nothing prurient here. This is the good, the bad and the ugly set against a backdrop few of us have ever seen, in a legendary culture most of us can scarcely imagine.
Sessha Batto blends legend and mythology, sensuality and eroticism, in a startling and mesmerizing way. We sympathize, or hate, or grieve with the many characters who tread through the 'gates' along Yoshi's journey, hopeful for resolution but knowing that nothing is writ in stone and a man's freedom oft times comes at too high a price.
Abuse is ugly, what it does to the body and the mind is nothing compared to what it does to the soul. The author explores this with gut-wrenching honesty, pushing our comfort zones and redefining what it means to love and be loved when the line between pleasure and pain ceases to exist.
As I said, this is male-male erotica, it is intense, it is sensual. And it is brilliant.
Five stars.

You have subscribed to Smashwords Alerts new release notifications for Sessha Batto.

You have been added to Sessha Batto's favorite list.

You can also sign-up to receive email notifications whenever Sessha Batto releases a new book.