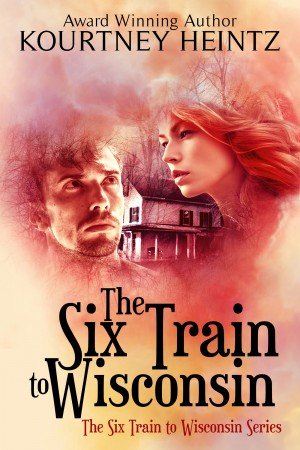 The Six Train to Wisconsin

By Kourtney Heintz
When Kai’s telepathy spirals out of control, her husband Oliver brings her to the quiet Wisconsin hometown he abandoned a decade ago, where he must confront the secrets of his past to save their future. More
Sometimes saving the person you love can cost you everything.

There is one person that ties Oliver Richter to this world: his wife Kai. For Kai, Oliver is the keeper of her secrets.

When her telepathy spirals out of control and inundates her mind with the thoughts and emotions of everyone within a half-mile radius, the life they built together in Manhattan is threatened.

To save her, Oliver brings her to the hometown he abandoned—Butternut, Wisconsin—where the secrets of his past remain buried. But the past has a way of refusing to stay dead. Can Kai save Oliver before his secrets claim their future?

An emotionally powerful debut, The Six Train to Wisconsin pushes the bounds of love as it explores devotion, forgiveness and acceptance.

She is a member of the Mystery Writers of America, Sisters in Crime, Romance Writers of America, and Society of Children's Book Writers and Illustrators. She has given writing workshops and author talks at libraries, museums, universities, high schools, conventions, wineries, non-profits organizations, and writing conferences. She has been featured in the Republican American of Waterbury, Connecticut; on WTNH's CTStyle; and on the radio show, Everything Internet.

She resides in Connecticut with her warrior lapdog, Emerson, and three quirky golden retrievers. Years of working on Wall Street provided the perfect backdrop for her imagination to run amok at night, envisioning a world where out-of-control telepathy and buried secrets collide.

About the Series: The Six Train to Wisconsin Series

Love is a journey never a destination. Oliver and Kai's journey takes them from their first chance meeting on a library rooftop at UCSD to living together in Manhattan to Oliver's hometown of Butternut, WI. Along the way secrets and lies will test the bonds of their relationship.

Also in Series: The Six Train to Wisconsin Series

You have subscribed to alerts for Kourtney Heintz.

You have been added to Kourtney Heintz's favorite list.

You can also sign-up to receive email notifications whenever Kourtney Heintz releases a new book.