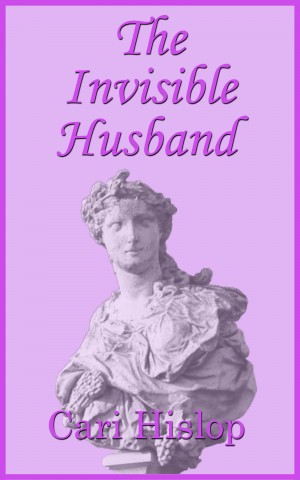 Four men in black hooded cloaks escort Eve up the aisle where she’s married by proxy to a man named Adam Harold Damian Latham, sixth Earl of Latham. The name Latham is familiar, but she can’t remember why. A feeling of being watched sends a chill up her spine and over her scalp. For six months invisible eyes have been following her everywhere. Is her husband the black cloaked figure who gently placed the ring on her finger or was her demon-Lord waiting in a cold castle for her to be delivered up into his bed like a ritual offering to a blood thirsty god? Her mind whirling with plot lines from The Castle of Otranto; Eve reluctantly agrees to become Lady Latham, but she’s no simpering Miss, and if His Lordship thinks he’s purchased a biddable wife he’ll quickly discover he’s mistaken.
Available ebook formats: epub mobi pdf lrf pdb html
First 30% Sample: epub mobi (Kindle) lrf more Online Reader
pdb
Price: $0.99 USD
Buy Add to Library Give as a Gift
How gifting works
Create Widget
Tags: regency romance romance regency regency romance clean romance love story regency england black comedy romance story romance and love romance novel cari hislop vanity miscommunication adam and eve retelling
About Cari Hislop

I’m an American married to an adorable English Goblin who makes me laugh every day. I’m an artist with a degree in fashion design, but I’ve always been a story teller. Stories are everywhere; in every scent, every glimpse out of the corner of the eye. The most magical moments of my life have been born of ‘what if?’.

I’ve been making up stories as long as I can remember, but I was ten before I 'wrote' my first story. It was a romance - the young girl’s parents are killed by a plane falling on their house so of course she moves to England. Don’t ask me where she got the money or the passport!

I knew I wanted to grow up to be an author. All my artistic talents converge on my favorite subject: people. I find both individuals and general humanity endlessly fascinating.

Style: Each of my stories tend to have their own humor depending on the character's personalities, but they always make me laugh. My plots are character driven and my stories evolve with the characters. Other than the hero and heroine somehow ending up together at the end, I never know what will really happen in the story until it happens.

I don't think of my books as a series, but all my characters inhabit the same Regency Universe. Most of the main characters are either related or know of each other so my stories often intertwine.
If you ever have any questions about my stories or would like to receive an e-mail to let you know I've finished a book please e-mail me at... cari.hislop@regencyromancenovels.com

Reviews of The Invisible Husband by Cari Hislop

Cute and unique outlook on romance.

(reviewed 2 days after purchase)
Priestess Vera reviewed on May 14, 2013

To the author:
There's so much potential for the story to be way better...
I agree with the reviews below... I do love it but there are so many things you need to improve in this story to turn it to something....
It has potential to be a "Cinderella". What i mean is, if you focus more on the details and providing more insights, this story will blow into something better, greater...
I love the story since the characters are unconventional... Reading it felt like drinking water after eating chocolates...

I have by this time read all eight of Cari's published books. A few I purchased elsewhere other than Smashwords. They are truly awesome. If I have a fave it's Redeeming the Rake. Man, that story will prompt the most hardened sinner to try for redemption. This one, Invisible Husband, is equally as great. The story is fast-paced. The dialogue relevant, as in all Cari's books. The most important thing I find is that this book (like all of the ones I read) does not conform to the standard template of steroidical, tall and handsome hunk of a gent/lord and fine-boned wishy-washy ladies. Everyone has a voice. You hear them, feel with them, laugh with them and even hate some of them a bit. But that's human nature, eh? That's what reading is about, or should be about.

Cari's unconventiality in her books are truly the stories all readers

(reviewed 23 days after purchase)
dlynx reviewed on Nov. 15, 2011
(no rating)
I enjoyed the book because of the heroine. She had courage and spunk. I thought the hero was a bit milk-toast. I can understand his need to hide his face, but it would have been much better if he showed more back bone and grit. Been a bit more assertive in claiming is bride. You wonder whether she will walk all over him in their marriage.

I finally got around to reading „The Invisible Husband“ and was quite well entertained. The story was sweet with touches of drama and humour. Eve and her light-hearted banter with her husband were especially fun to read but I also liked Davis the butler. It’d have been a solid four star read if not for a few things:

1) The typos: Throughout the story there were missing words, redundant words and so many comma faults that even I as a non-native speaker stumbled while reading. What a pity! That alone would’ve kept the rating higher than it is now and it is nothing that can’t be fixed easily.

2) The somewhat shallow plot and characters: Yes, it is rather shallow as in "man sees woman and marries her and then there’s drama of the home-made kind". I still liked the story although I’d have really loved to see more of Adam’s family, or Eve’s impossible family, or later complications after the attack for that matter. It’d have made the book seem “fuller”, more alive with people and atmosphere. And I agree with the other reviewer that called Adam a bit soft. He could’ve acted hurt without sounding like a wallowing pirate-poet. But thoughts are free, even those of fictional characters ;-)

3) And last: The abrupt ending. Call me nitpicky but I like to know when a story is truly over. A little “END” would’ve helped in that regard. The way it is now it was simply cut off. If the last chapter had been labelled as epilogue I’d have understood better and been more prepared. It’s also a pity that there was no info on the author as back matter, or perhaps an exerpt from one or more of the other books.

Still, I enjoyed reading the book and recommend it to anyone who’s looking for something light and romantic.

(reviewed 61 days after purchase)
alyna huyaban reviewed on Sep. 7, 2011
(no rating)
What can I say?! I love this book! the mistery of it and also the romance. I just wish it ended of them having a child so there will be another story.

I loved it! Now I'm going to read all the rest of her works!

(reviewed 40 days after purchase)
Shantell Morris reviewed on May 27, 2011

Spoiler Alert**
It was a pretty good read. Adam was a little soft for my tastes. I did love the fact that they played together and didn't take themselves so seriously in the end. The only question I had about the book was did they eventually have a child? When the servants were conversing they mentioned that it had been a year and she wasn't pregnant yet.

You have subscribed to alerts for Cari Hislop.

You have been added to Cari Hislop's favorite list.

You can also sign-up to receive email notifications whenever Cari Hislop releases a new book.