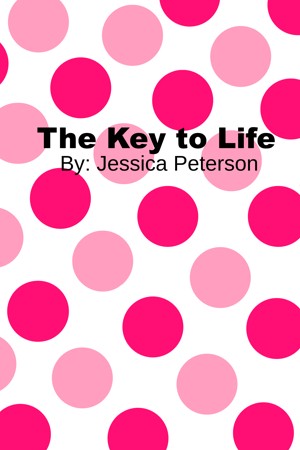 The Key to Life

By Jessica Peterson
Rated 2.60/5 based on 5 reviews
When Anna took on the daunting task of restoring her friend Matt to a state of happiness, she never expected to fall in love; and she certainly wouldn’t have guessed the object of her growing desire would be Matt's father. More
Nearly drowning in her listless work atmosphere, completely unaware of the real reason behind the Emerald Hotel’s decline, Anna innocently stumbles upon something that just might be the shred of hope everyone has been searching for. But when Anna runs to Matt, ready to relay the news, she’s met with a drunken declaration of his love for her.

Matt’s not only her good friend, he’s her boss, so to say Anna is caught completely off-guard would be like calling the moon pretty-- it’s a bit far from the mark of reality. Knowing Matt is tottering between depression and sanity, Anna wishes she could fix everything by telling him she loves him back, but she just can’t. So she decides to search for someone who can.

Perhaps the solution lies with Matt’s father, Tom. Despite the fact everyone believes he is dead, after finding his old journal Anna has reason to believe otherwise. Embarking on a search through shark infested waters to a hellish island in the middle of nowhere, Anna discovers that the man she is looking for is indeed alive. A father’s love certainly isn’t the same as the love of a woman, but Anna hopes it will be enough to bring Matt back to himself and relieve her from the burden of guilt that’s been slowly smothering her.
Available ebook formats: epub mobi pdf rtf lrf pdb txt html
First 15% Sample: epub mobi (Kindle) lrf more Online Reader
pdb
Price: $2.99 USD
Buy Add to Library Give as a Gift
How gifting works
Create Widget
Tags: romance love adventure relationships womens fiction love stories literary fiction strong female protagonist
About Jessica Peterson

Jessica Peterson is a Canadian author, born in Fredericton, N.B. However, after moving to Surrey, B.C. at the young age of three, she had the pleasure of growing up in a large, multicultural city.

With a lust for life, not long after completing high school, she set out to create some memorable adventures. Soon discovering her love of travelling, she found herself jet setting off to Singapore where she worked as a kindergarten teacher. From there, it was onto Russia where she immersed herself in the culture and fell in love with the country she had once feared. Then, after a short stint in the south of France, she returned home to Canada.

Having discovered her passion for writing while living abroad, she dove into the crafting of her first manuscript. Life soon interrupted with the arrival of her first child and soon after that, her second. But with her love for writing fighting its way to the surface, Jessica soon found her way back into the world of literature.

Now back in the town where she was born, living with her boyfriend, her two darling daughters, and her snuggly cat Lucy, she tries to find a balance between being a mom and being a writer. And with hopes of moving readers with her words, she has finally taken the terrifying leap of self-publishing.

Reviews of The Key to Life by Jessica Peterson

Literary fiction is usually not my thing, but Peterson did a nice job of combining action, romance, and interesting prose. There were a few mistakes (head-hopping, telling and not showing) but I enjoyed the story and getting to know Anna. If you're looking for a book that keeps you turning pages, this is the book for you. Nice job for a first time author.

A lovely story about the lengths someone will go to for friendship.

Follow the story of Anna as she takes you on a whirlwind ride, and showing you the extraordinary lengths she goes through to help her friends.

This story has it all:
Foiling a plot to embezzle funds from the hotel she works at

Undertaking a sea voyage to rescue a friend's father, while battling shark infested waters in a horrific storm

Helping a former love get over his sense of loss

And bringing life to everyone she meets

This book does have some minor issues that most new authors face, but all in all it was a good read.

Initially I was interested in this book because of the description and the title. However once I began reading it I quickly became annoyed at the constant back and forth of the character descriptions and repetitiveness of them. Chapters 1 through 10 should have been 1 through 3 because they kept saying the same thing and backtracking with descriptions and action. Frustrated with this factor was an understatement.

The characters were not believable, they were more like something out of a daytime soap opera. The author spent a lot of time telling about the characters and action instead of showing the actions through words. Like with the preparation for the court case, there were a lot of assumptions and underdeveloped moments including the relationship between Anna and Matt. There were too many instances of "Scooby-Doo-isms" that made me roll my eyes. And too many contradictions when it came to how Anna felt about Matt and the "crime" committed it didn't make sense. Either she was mad or she was accepting of the villain there was never a solid or definitive in that regard.

There was no apparent significance of the title. For this book to be a novella it dragged on too long. It felt like the author was adding things to elongate the story.

The book's plot has potential. I would hope the author does a rewrite and repackaging to make a dull story great with character and story development.

A promising debut novel, but suffers from problems common to new authors (e.g., telling instead of showing, head-hopping, pacing/backstory).

Disclosure of Material Connection: I received a digital copy of this book free from the author. I was not required to write a positive review. The opinions I have expressed are my own.

This novel held my interest throughout most of the story.
The heroine, Anna, finds out that her employer, Matt, is in love with her, but she doesn't share the same feelings for him. She also finds out that Stan, the man in charge of the hotel where she works, has been stilling his employer blind and driving the hotel to the ground. Anna overhears the details while Stan spills his guts to his gay lover. She shares the details with Matt and his caretaker, Frank, and they decide to close the hotel and prosecute Stan. They win the case as the shocking truth comes out when Stan's boyfriend shows up in court and exposes him for what he really is, a thief, a cheater and a liar.
Matt is fighting two wars, one is that Anna will not return his love and the other is his loss of his father 4 years ago. His emotional state is at a breaking point and he has turned to alcohol. He has an episode that puts him into a coma. Anna is there along with Matt's caretaker to nurse him back to health. There is a short episode of Anna and another guy, Paul, that she meets on a week's vacation and who shows up while Anna, Matt and Frank are working in rebuilding the hotel. Jealousy flares and Matt loses control of his actions.
She loves Matt a lot but as a friend, and she wants to find someone for him that would return his love and make him happy. She finds an old journal, so she decides to go and find Matt's father, who was lost at sea but there was never any proof that he in fact was dead. She turns to an old flame, Rob, who is a man of the sea, a true sailor! For Rob the old flame flares when he sees Anna, but as much as she loved the man she doesn't believe that he still cares for her. Through a lot of trials they find Tom, Matt's father, and help him return home. Anna and Rob find love.
If you love romance and suspense, this is a good book for you. The author has done a good job interweaving the characters with the episodes. I enjoyed it.

You have subscribed to Smashwords Alerts new release notifications for Jessica Peterson.

You have been added to Jessica Peterson's favorite list.

You can also sign-up to receive email notifications whenever Jessica Peterson releases a new book.