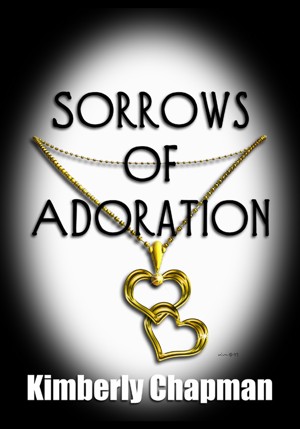 Rated 5.00/5 based on 3 reviews
The barmaid Aenna overhears a plot to kill the heir to the throne and decides to leave her life behind to warn him. Aenna and the Prince fall in love, but this is not a fairy tale romance. Endless problems threaten to destroy the couple, including the love that grows between Aenna and her Champion, the Prince’s cousin. More
Unwilling to remain just another poor, country barmaid, Aenna leaves her life behind to save the life of a Prince she's never seen. But she finds more adventure than she bargained for as forbidden love pits her against powerful adversaries and exposes her to intrigues and dangers. Will love be enough to conquer the demons of jealousy, addiction, temptation, prejudice, and violence? Or will Aenna succumb to the increasing spiral of depression that threatens to steal her sanity?

This is one woman's honest portrayal of the sweetest and the darkest times of her life. Aenna reveals her deepest emotions, most private thoughts, and bold confessions as she tells the story of how she learns that romance isn't a fairy tale, but a heart-rending lesson of the sorrows of adoration.
Download: epub mobi (Kindle) pdf more Online Reader
rtf lrf pdb txt
Price: Free! USD
Add to Library
Create Widget
Tags: romance love adventure alcoholism addiction fantasy feminism intrigue royalty romance sex
About Kimberly Chapman

Kimberly Chapman has been making things up and writing them down for as long as she can remember. She holds a double major degree in Journalism and Anthropology and worked for a few years as a technology reporter, but she soon found that it was more fun to interact with the fake people who live in her head than interview real-life people about network hardware.

She left her native Canada in 2000 to marry an Australian and live in the United States with him, because love does that sort of thing to a person. They have a young daughter who keeps asking to read her books and has been told not until she’s twenty-five.

When Kimberly’s not obsessively transcribing the lives of the fake people in her head or busy with Mum duties, she can usually be found engaged in experimental cake decorating (which she blogs at http://eat-the-evidence.com), nerdy knitting, volunteering for creative community organizations like Capital Confectioners and The Biscuit Brothers, discussing topics both profound and trivial on Google+, or playing computer games.

This is a very moving story of courage, inner strength and love that I loathed to see end. Kudos to you, Kimberly. May all your writings move readers as deeply as this one did me. I HIGHLY recommend it!

This was such a well written story. Definitely 5 stars. I will be reading more of your work.

You have subscribed to alerts for Kimberly Chapman.

You have been added to Kimberly Chapman's favorite list.

You can also sign-up to receive email notifications whenever Kimberly Chapman releases a new book.