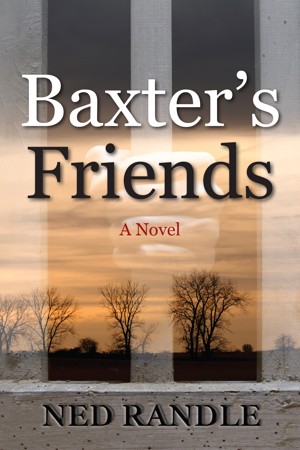 By Ned Randle
Jerry Baxter and his two friends, Hugh and Al, are in midlife crisis. Jerry dreams about stark rituals from his Native American heritage. Hugh finds relief from the tedium of his job and his wife’s disinterest by fantasizing about an attractive female co-worker. Al, a hustler and womanizer, is looking for a new thrill. When fantasy gives way to reality, their troubles really begin. More
Jerry Baxter’s father liked to sing the old cowboy song, “O bury me not on the lone prairie …” when he drank. Ironically, Baxter and his two good friends, Hugh Ferguson and Al Mitchell, are soon to be buried alive, and the hole they are digging for themselves is getting deeper all the time. Baxter is racked with guilt by the sight of his father sitting semi-coherent, blind, and barely mobile in the dismal nursing home he put him in. Fearing a fate every bit as grim, Baxter finds refuge in stark rituals from his Native American heritage that animate his fitful dreams. Ferguson has found religion, or rather had it forced upon him by his wife, who otherwise wants nothing to do with him. The tedium of his job as an accountant is slowly driving Ferguson around the bend. His one solace: fantasizing about an attractive female co-worker, while Mitchell, who has lost his zest for wheeling and dealing and womanizing, looks for a new thrill. The three longtime friends are approaching middle age kicking and screaming, if only on the inside. That is about to change.
Available ebook formats: epub mobi pdf rtf lrf pdb txt html
First 20% Sample: epub mobi (Kindle) lrf more Online Reader
pdb
Price: $2.99 USD
Buy Add to Library Give as a Gift
How gifting works
Create Widget
Tags: midlife crisis illinois american indian sioux mens fiction
About Ned Randle

You have subscribed to alerts for Ned Randle.

You have been added to Ned Randle's favorite list.

You can also sign-up to receive email notifications whenever Ned Randle releases a new book.