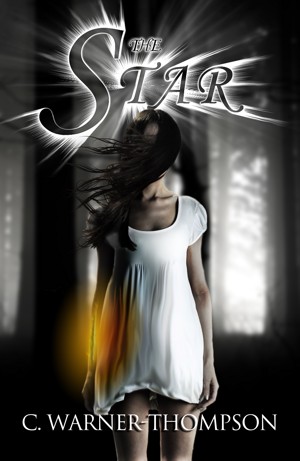 By Clemy Warner-Thompson
Rated 4.00/5 based on 2 reviews
Four years ago Abbii was attacked by Shadows, creatures that live in the dark. Her skin was scarred painfully and she was taken to an unknown College by her mother, who had assumed that Abbii was out of control. To begin with, the College and all of its students seem normal, but things soon start to change. They are not what they appear, and neither is Abbii. More
Abbii had been afraid of the dark for four long years. She hated the eerie silence that filled the night.
She would often try to forget by closing her eyes at night, but she would always be met by dreams of Shadows that would attack her, dragging her into the Darkness. Most nights, she would simply lie there with her bedding wrapped tightly around her, staring at the light coming in through her window, hoping that she would drift off into a dreamless sleep.
Ever since that day four years ago, the dark had frightened her; she had thought it would be a curse throughout the whole of her life, but something changed when she met him.
The dark seemed to lose its power and the moon’s light brightened.
Her dreams didn’t stop; nightmares still stole her sleep, but there was always a figure of Light that would save her and allow her to wake.
He said the same thing every night in her dreams. Keep fighting, Abbii.
She thought that he was part of her imagination, someone that she had created to save her, until she met him and was drawn into his bright hazel eyes.
His name was Nate.
Download: epub mobi (Kindle) pdf more Online Reader
rtf lrf pdb txt
Price: Free! USD
Add to Library
Create Widget
Tags: magic teenage romance light and darkness
About Clemy Warner-Thompson

A YA fantasy writer who has completed her first series, The Sacred Prophecies (unedited), and her second fantasy series which consists of The Star, The Mirage and The Void. She started writing just before her thirteenth birthday and has never looked back :)

When we look at young adult fantasy, we typically think of Harry Potter, and The Hunger Games, and the Divergence Series as well as the Maze Runner Trilogy as some of the hallmarks and legends and classics of the genre, along with the Percy Jackson series. However, in an age where decisiveness and creativity are abundant its fresh to see yet another talented author whose capable of bringing adult themes and tones to young adults in a way that really does translate and connect with them. This is our review of Clemy Warner-Thompson’s ‘The Star’, and its overall rating within our scale.

In this, we see Clemy-Warner Thompson’s, ‘The Star’ the first in her second Series of Young Adult Novels. Overall, first we start with this Character Abbi, who, at first appearances is a typical protagonist female with power she doesn’t quite understand, and even worse and horrifying enemies that we start off knowing little about. But soon, from the gate, we learn that there’s more to Abbi than this seemingly tired out trope that’s been done before, and we see the true originality of the mind-set behind Abbi, and her desperation to not just overcome her fear of the dark, but to fulfil the destiny that’s awaiting her. In this, we are introduced to a mysterious figure who has come to Abbi in her dreams since her arrival at a school, aptly titled ‘The College’, where while things seem normal, it couldn’t be farther from the truth. Scarred physically and emotionally, readers will be able to connect with Abbi, regardless of gender, as well as the supporting cast of characters, including our Mysterious Dream Protector whose watched Abbi since she was a child and played the role of Guardian Angel. The power that Thompson brings to the pages to make these characters as believable and real is so refreshing in the Indie World, and overall, Meztrailov Fantasy Games has to say that this is a must-read and we cannot look forward to reading the next book in the series.

Overall Rating: 4 out of 5 Stars
Reasoning: Why did we choose this rating? Its simple; Thompson takes the traditional notions of light and dark, and plays a spin on them that makes our deepest nightmares and troubles as young adults like social acceptance and self-esteem, and brings them to the forefront with not just the utmost care, but also the most brazen and courageous way possible. In her storytelling she introduces us to characters that we can not only relate to, but we can also feel that in this story, that there is truly a sense of hope despite the overwhelming Darkness that surrounds Abbi and the other Supporting cast, and the physical Manifestation of the Shadows that we are all so well-meant to be afraid of. This book is highly suggested, and is a must read for any fans of young adult fiction. Taking Elements of what can be construed as Harry Potter and mixing them with Urban and Young Adult Themes like something from Cirque De Freak, we immediately are immersed in this world of darkness and light, and yet then there is this grey area in which Abbi stands on the cusp and is needing of making a choice; which is something we can all easily relate to. At Mez Fantasy Games, we tip our hats off to Clemy Warner-Thompson and look forward to reading the next book in the series!

This Young Adult novel has set a great premise for the shadows who theaten our very existence, and the powers that be who will need to fight them. The development behind the story and the fantasy elements that start to unravel as we follow Abbii on her journey, are handled well by the author as she draws you into the possibility of the impossible. When Abbii loses someone very dear to her, the questions she has had burrowed deep in her since she was a child, rise to the surface,and this will be Abbii's biggest challenge yet as she learns who she truly is. It would have been great to have read more about her and Jake's relationship to get a sense of what happens later regarding their bond, but other than that this was a great read with an awesome twist at the end.

You have subscribed to alerts for Clemy Warner-Thompson.

You have been added to Clemy Warner-Thompson's favorite list.

You can also sign-up to receive email notifications whenever Clemy Warner-Thompson releases a new book.