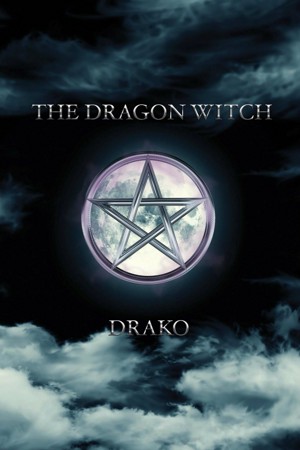 Reviews of The Dragon Witch (The Dragon Hunters #2) by Drako

The Dragon Witch is Book 2 in The Dragon Hunters Series. I immensely enjoyed the first book so I had extremely high hopes for the second in the series. The author did not disappoint in this case either. This story is about Victoria, The Black Dragon God’s only daughter, and her inclusion in the plot to keep Cronus, the former God of all Gods and Heaven, from taking his seat back from his son, Zeus. We do see characters from the first book that I fell in love with like Andreas, Kazarian, Brandon, Demun, Jarel, and even an appearance from Odelle. However, one of my personal favorites, Vic, was missing but I don’t think he will be gone for long in this series because he was missed by some of the characters as well. We meet a few more characters like Ares, Phil, and a few more surprise characters that I won’t divulge due to possible spoilers but there are quite a few.

Just as I mentioned above, this book was chopped full of surprises all the way to the final chapter. Due to the relationship I have formed with some of the characters, I can almost predict what will happen but that isn’t necessarily a bad thing. I feel that I have come to know all the different personalities consequently guiding me to the finish line of the plot. It’s somewhat comforting. My favorite character of this piece was Victoria. I loved her bite and her fight. Due to the impending war of the Gods commencing in this book, there were a lot of small and large battles being fought and Victoria greatly held her own. I loved the dynamic that she had with Ares and the end result of their connection – it truly was the single thing that ignited my spark to get to the end. The war and tasks delivered by the Gods was the fuel that carried me through as well.

The only issue that I had with this book and it’s more so because I read the first one is that the story can be somewhat repetitive. I believe if this is the first book read in the series for a reader then it wouldn’t stand out as much. For example, some of the conversations, even though it was in the sense of one party convincing another or gaining trust which does take some repetition, got to be exhausting. And the word “cryptic” made me want to punch myself in the face if I saw it again. I kind of got the message in the first read – the Gods don’t give direct answers.

Any who…I digress, I loved this piece for all the great action and sparks of romance and suspense. This author has got the right formula to be great and I can already see movie scenes forming in my mind. I’m ready for the next read.

I was given this book (ahead of Book 5) in exchange for an honest review by the author via Lovers of Paranormal.

This is setting out to be a truly great series. This may,possibly, be not quite as good as book one but certainly deserves the 5 stars I have given it. Sometimes the second book comes more naturally with the familiarity of the characters and ideas preventing the absolute wow factor of the first book. That does not mean that this book is lacking in anything that the first had. The characters are still great, the plot moves along brilliantly and the humour continues. I was not quite as taken by Victoria as I was her brother and nephews. Ares was good to get to know too. Jarel is, once again, a delight! The twins continue to grow into their powers and are as delightful in the humour as they were in the first book. Sadly not quite as much of Andreas in this book. A few more editing errors in this book which is a shame but the story is so good it is easy enough to ignore them and move along.

My favourite books and series tend to have lots of mythology and I love the Gods and Goddesses of Olympus. This series may get to make my favourites list.

(reviewed 3 days after purchase)
Melissa A. Giles reviewed on July 7, 2013

The War of the Gods Has Begun


I received this book from the author in exchange for an honest review.

In this installment of the continuation of The Dragon Hunters Series, the Titan Cronus has found the help he needed to regain his foothold in existence. Seeking the throne of Olympus and the reign he lost eons ago to his son Zeus. Aided by Lucifer, who is fueled by own desires for further power, this former God King sets out on a course to awaken his fellow titans and seek his revenge. Caring little about who may try to stop him.

But, there are those who know he must be stopped and they are willing to give him a fight worthy of making his last defeat seem like a pleasant stroll through the park. The Olympian Gods have joined forces with the Dragon Gods and all of their respective progeny to save all of existence. The battles ahead promise to be epic…

The story is fast-paced and action-packed as we start up again in the lives of the characters we came to know in our introduction in the series, The Lost Dragon. Almost the major players are back for round two as well as a few new ones. There are new realms to explore as the reader is shown even more of the world these powerful beings rule. Again, I was left wishing for more time to visit and see these places, both the good and the bad, but there’s always more opportunities to do just that in the next books.

I, like the Dragon God Jarel, missed the sarcastic wit and amazing fighting skills of the phoenix Vic in this tale. Seriously crossing fingers that his character returns for the third book, he is just so well written and the interactions with his comrades are highly entertaining. Though that being said, this book didn’t lack for its share of wit and sarcasm… thanks to Ares (another of my favs).

This book had a level of intensity, of edge that the first novel did not quite have. The stakes are higher. The battles are bigger. The emotions are taut and an undercurrent of angst fills many of the scenes. Yet, still within the chaos and the danger there is still chances for love and hopes for happiness in the future. You truly feel along with the characters that you are building up for something that even if in the end is won, the price paid could be great.

Even though this book is supposed to be Victoria’s story, it truly is an ensemble piece. And it works well that way. But of course I wanted more time with Victoria. Who wouldn’t want to have more scenes with a shaped-shifting daughter of a dragon god and the goddess of magic. I would happily read an entire series based on each of the Damone family members.

I don’t wish to go enter too much more detail because I would hate to spoil the ride for everyone else, but I will say that for some of the more sentimental and sensitive readers out there you may want to have a box of tissues handy as you near the end.

Would definitely recommend this series to all open-minded readers who like their adventure to be served with a mystical twist.