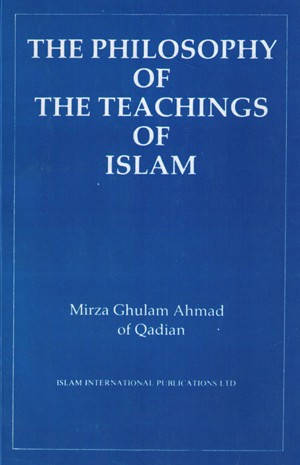 The Philosophy of the Teachings of Islam

1. The physical, moral and spiritual states of man
2. What is the state of man after death?
3. The object of man's life and the means of its attainment,
4. The operation of the practical ordinances of the Law in this life and the next
5. Sources of Divine knowledge.

Allah revealed to the Promised Messiah(as) that his essay will be declared supreme over all other essays. And so it was. For instance the Civil and Military Gazette, Lahore, wrote that Hazrat Ahmad's essay was the only one worth mentioning and the only one paper which was commended highly. The essay has been published in several languages in different countries.

It is the best and most comprehensive introduction to Islam within the scope of the above five questions. The book was translated into English by Sir Muhammad Zafrulla Khan Sahib.
Download: epub
Price: Free! USD
Add to Library
Create Widget
Tags: life philosophy islam knowledge quran life after death purpose of life hereafter ahmadiyya
About Mirza Ghulam Ahmad

The worldwide Ahmadiyya Muslim Community was founded in 1889. Its founder, Hazrat Mirza Ghulam Ahmad(as) of Qadian, India, claimed to be the Promised Messiah and Reformer whose advent was awaited under different names and titles by the adherents of various religions. Under Divine guidance, Hazrat Mirza Ghulam Ahmad(as) revealed that only one such reformer was to appear and that his mission was to bring mankind into the fold of a single universal religion, Islam. He also maintained that the Promised Reformer was to appear as a subordinate and follower of the Holy Prophet of Islam, Hazrat Muhammad [may peace and blessings of Allah be upon him]—in accordance with the prophecies by him about the second coming of Messiah and the appearance of al-Imam, al-Mahdi. He claimed to be the person in whom these prophecies were fulfilled. 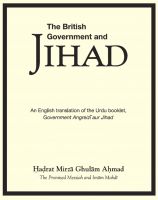 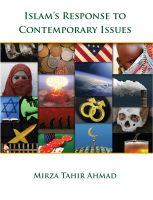 You have subscribed to alerts for Mirza Ghulam Ahmad.

You have been added to Mirza Ghulam Ahmad's favorite list.

You can also sign-up to receive email notifications whenever Mirza Ghulam Ahmad releases a new book.