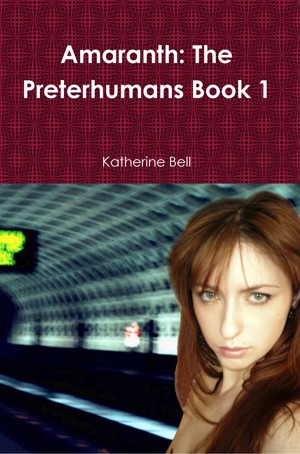 By Katherine Bell
By day, Lizzy is a college sophomore. By night, she's the unspoken second half of Murdock Investigations, the only private investigative agency in the D.C. area run by Preterhumans for Preterhumans. Soon, the case they're working on turns out to be a lot more than anyone ever expected, as rumors begin to surface of monsters that even demons fear, creatures forgotten in the dark of the night...
Available ebook formats: epub mobi pdf rtf lrf pdb txt html
First 15% Sample: epub mobi (Kindle) lrf more Online Reader
pdb
Price: $2.99 USD
Buy Add to Library Give as a Gift
How gifting works
Create Widget
Tags: vampire urban fantasy paranormal witches
About Katherine Bell

Katherine Bell has been writing since she could put pen to paper; making sense was a later development. She started work on her first novel at age 14 but never got brave enough to submit anything till well over a decade later. In the meanwhile, she wrote a short story that has been published in a local Southwest Georgia competition and several poems that were published on a larger scale. She also wrote a great deal of fan fiction, most of which can still be found online.

Originally from Southwest Georgia, she currently lives in the Tallahassee, Florida, area with one roommate and a very spoiled cat.

She can be reached via email at
katherine@katherinebell.net.

Also in Series: The Preterhumans

Reviews of Amaranth: The Preterhumans Book 1 by Katherine Bell

You have subscribed to alerts for Katherine Bell.

You have been added to Katherine Bell's favorite list.

You can also sign-up to receive email notifications whenever Katherine Bell releases a new book.