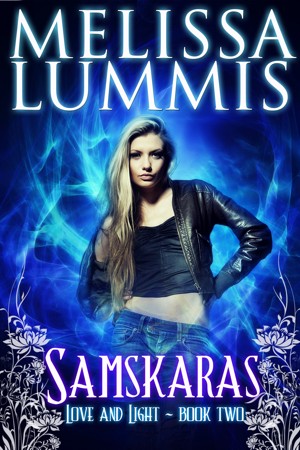 Rated 4.00/5 based on 1 reviews
Christian’s karmic debt comes due when a powerful witch named Heather dances into his life—and into his heart. He needs to possess her, body and soul, but when she submits to his desire, he doesn’t comprehend the enormity of what he’s done.

A pawn in a dangerous game, he has a choice: either enslave Heather or let her go and forfeit his life. Can love and light save him from the darkness? More
Christian’s karmic debt is about to come due when a powerful witch named Heather dances into his life—and into his heart. He needs to possess her, body and soul, but when she submits to his desire, he doesn’t comprehend the enormity of what he’s done.

A pawn in a dangerous game, he’s forced to betray the woman he loves to satisfy his relentless master, whose sights are still set on the Light Walker, Loti. Unable to protect her, Christian has a choice: either enslave Heather or forfeit his life by letting her go.

Can love and light free him from the darkness?

Melissa Lummis considers herself a truth seeker, a peaceful warrior, a paranormal and fantasy writer, an avid reader, a thru-hiker GAME ’98, a wife, a mother, and a free thinker. She believes the universe conspires to help an adventurer. And if we live our lives as if it is a daring adventure (and it is!), then everything we need will find its way to us.

The author lives in rural Virginia with her husband, two children, an Alaskan Malamute and a myriad of forest creatures. The nature of her mind dictates that she write to stay sane. Otherwise, her fertile imagination takes off on tangents of its own accord, creating scenarios and worlds that confuse the space-time continuum. Namaste, dear friends.

Also in Series: Love and Light

I have just finished reading the book, ‘Samskaras’ by Melissa Lummis. Originally, the plan was just to read the Book 2 in the Love and Light series just because the name of the book intrigued me so much.

Well, The word ‘Samskaras’ take routes from a language called ‘Sanskrit’ which is in close affinity with my mother tongue ‘Malayalam’. I was so surprised when I came across this ‘word’ in the ever so vast world of pure English literature and immediately felt proud of my own routes and the culture where I hail from.

Staying true to the meaning of the word, the Author succeeds in bringing out the full implications of one’s samskaras (the deep impressions that comes from our past experiences and that we accumulate from our ongoing life experiences.) I was enthralled by the book and decided to read the Book 1 too which was titled, ‘Enlightened’ from where Loti Dupree’s life begins.

What began as a failed assassination attempt on the Vampire, Wolf by the evil Vampire Modore to gain control on the Light Walker, Loti in Book 1 Enlightened, takes a turn for the worse in Book 2, Samskaras. Modore strives to bond with Loti because he thinks that the coming together with Loti will bring immense power and immortality for him. Loti’s special nature and powers renders her very vulnerable and her bondmate, Wolf makes the momentous decision to join hands with some dark forces from his past with whom he worked with before. Before it gets too far, Loti and Wolf realizes that they are now tangled up in an intricate web of treachery and conspiracy of government black ops mess. In their efforts to get out of the disaster that they created in its wake, Wolf and Loti makes a serious error of uncovering the face of the enemy in their midst. The vampire family and the witches clan to whom Wolf and Loti belong to are unable to save the Love and Light at the crucial moments and they take a fateful downward spiral into the ominous darkness.

Will Modore succeed in separating the Love and Light and be granted of his wishes in owning Loti?

Will the Good prevail over Evil this time around and be successful in banishing the dark powers forever?

Or nothing will remain in the catastrophe that ensues in the wake of the separation between Love and Light- Wolf and Loti?

There is only one way to find out... read the book!

My rating, you ask? It is a whooping 4 and half! Yeah!

You have subscribed to alerts for Melissa Lummis.

You have been added to Melissa Lummis's favorite list.

You can also sign-up to receive email notifications whenever Melissa Lummis releases a new book.