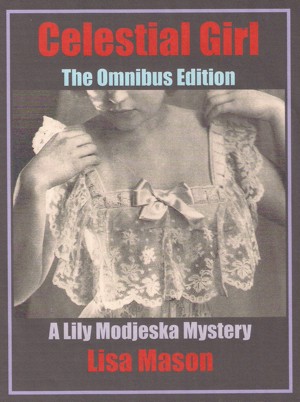 Passionate historical romantic suspense. In 1896, Lily Modjeska journeys to San Francisco to unravel a web of murder and corruption involving 1890s immigration policy. Her journey becomes one of the heart when she meets Dr. Jackson Tremaine and they begin a stormy affair. Celestial Girl, The Omnibus Edition (A Lily Modjeska Mystery) includes Books 1 through 4. More
Lily is not quite a typical woman in Toledo, Ohio, 1896. She may be repressed and dependent on her husband, but she supports the vote for women and has a mind of her own. When Johnny Pentland is found dead at a notorious brothel, Lily discovers her husband is not the man she thought he was.

Pursued by Pentland’s enemies, Lily embarks on a journey that will take her across the country to San Francisco and across the ocean to Imperial China as she unravels a web of murder and corruption reaching from the opium dens of Chinatown to the mansions of Nob Hill.

Her journey becomes one of the heart when she crosses paths with Jackson Tremaine, a debonair, worldly-wise physician. Lily and Jackson begin a conflicted, passionate relationship as they encounter the mysterious Celestial Girl and her dangerous entourage.

Of Lisa Mason’s The Gilded Age, the New York Times Book Review said, “A winning mixture of intelligence and passion.”
The Omnibus Edition includes Book 1, The Heartland, Book 2, Jewel of the Golden West, Book 3, The Celestial Kingdom, and Book 4, Terminus.

5 Star Reader Reviews
“I really enjoyed the story and would love to read a sequel! I really enjoy living in the 21st century, but this book made me want to visit the Victorian era. The characters in the book were brought to life and were a delight to read about. The tasteful sex scenes were very racy. Good Job!”

“Well written, good characters and plotting. I'm a Lisa Mason fan, for sure!” 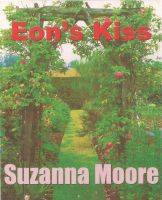 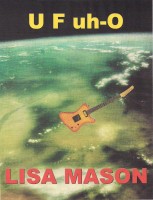 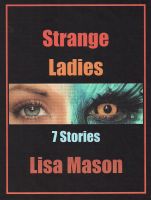 You have subscribed to alerts for Lisa Mason.