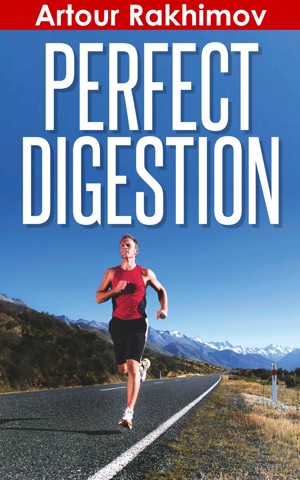 By Artour Rakhimov
Rated 5.00/5 based on 2 reviews
“You are what eats you”, not “You are what you eat”. Find the signs of perfect digestion and a program to deal with most complex digestive problems (Crohn's disease and ulcerative colitis). Discover the plan to deal with many other GI conditions, such as irritable bowel syndrome, GERD or gastroesophageal reflux disease, gastritis, diverticulitis, pancreatitis, gallstones, dyspepsia or indigestion. More
At the present moment, there are simply no books and internet resources that provide even a list of specific signs of normal gastrointestinal health. Most sources simply state that “You are what you eat”, whereas in reality “You are what eats you”. If you do not have a normal digestive flora, you cannot expect good health and recovery from digestive problems.

The signs of perfect digestion do exist, and they include numerous factors. However, these factors are nearly never mentioned in the classical clinical literature written by gastroenterologists or books and other sources related to alternative medicine.

For example, a person with perfect digestion and normal GI flora does not require toilet paper. This effect takes place due to the absence of soiling (i.e., no residue is left on the anus after a bowel movement). Bowel movements are regular, and the feces do not produce any odor and do not leave marks on the toilet bowl.

This book focuses on these, most difficult conditions. However, abnormal GI flora is also common for people with many other GI illnesses, such as GERD or gastroesophageal reflux disease, irritable bowel syndrome, gastritis, pancreatitis, gallstones, diverticulitis, dyspepsia or indigestion.

As a result of popular ineffective treatment therapies, most people are busy with endless changes in their diet and the daily use of probiotics and other supplements. These treatment programs are sometimes sprinkled with perpetual body cleanses and/or cleansing flashes. The success rates of these known methods are very low. Cases of recovery from many GI problems are either rare or virtually unknown.

If someone has IBD (inflammatory bowel disease) which include ulcerative colitis and Crohn's disease, this person always requires use of toilet paper. The degree of soiling correlates with other symptoms and the severity of their GI problem. Most ordinary people also require toilet paper. This is an indicator of their poor GI health.

A person with perfect digestion is able to hold up to one liter (or 4.2 cups) of urine in the urinary bladder. However, modern books and other sources on GI health do not even mention frequent and increased urination with reduced urinary volume as one of the main symptoms of active inflammatory bowel disease.

The main challenge while dealing with IBD-related and other serious GI problems is to identify all these triggers of flare-ups. The book lists these factors. The next step is to develop a program of lifestyle and diet changes in order to start gut repair.

The book "Perfect Digestion" provides such a program. It systematically analyzes various groups of GI triggers that are usually hidden from the person and are not mentioned or discussed even in most popular books and sources of information about digestive health.

This book offers:
- a detailed description of methods to address hidden lifestyle risk factors
- several supplementary techniques that allow a person to achieve no soiling together with other main signs of good digestive health in a few days
- a comprehensive program to improve digestion in order to solve most severe digestive problems naturally.

This program to improve digestion can be applied for people with Crohn's disease and ulcerative colitis, as well people with cystic fibrosis and HIV-AIDS. However, anybody who wants to know and have normal digestive health or perfect digestion will benefit from the ideas presented in this book.

Artour Rakhimov, PhD, is internationally known for his work as a scientist, writer, and breathing trainer and teacher. He is a natural health care practitioner who has transformed thousands of lives over the past 12 years. Dr. Artour Rakhimov is engaged in dispelling popular myths related to respiration and bringing innovations and knowledge into the mainstream of medicine, alternative health, and society. He is the inventor of the Amazing DIY Breathing Device and the author of the world's largest website devoted to breathing retraining for real health through higher body oxygenation.

Biography details:
* High School Honor student (Grade "A" for all exams)
* Moscow University Honor student (Grade "A" for all exams)
* Moscow University PhD (Math/Physics), accepted in Canada and the UK
* Winner of many regional competitions in mathematics, chess and sport orienteering (during teenage and University years)
* Good classical piano-player: Chopin, Bach, Tchaikovsky, Beethoven, Strauss (up to now)
* Joined Religious Society of Friends (Quakers) in 2001
* Former captain of the ski-O varsity team and member of the cross-country skiing varsity team of the Moscow State University, best student teams of the USSR
* Total distance covered by running, cross country skiing, and swimming: over 100,000 km or over 2.5 loops around the Earth
* Author of the publication which won Russian National 1998 Contest of scientific and methodological sport papers
* Former individual coach of world-elite athletes from Soviet (Russian) and Finnish national teams who took gold and silver medals during World Championships
* Whistleblower and investigator of suicide-massacres and other crimes organized worldwide by GULAG KGB agents using the fast total mind control method
* Practitioner of the New Decision Therapy and Kantillation
* Level 2 Trainer of the New Decision Therapy 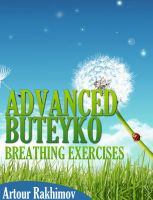 Fantastic book that answers so many questions it is hard to know where to begin writing this review. Let me first say that I am grateful for the night I did a search for why cold feet and what to do about it, and I found normal breathing (dot) com. Here was the answer I had been searching for regarding other health issues (asthma +) along with the answer for cold feet. Being serious about improving my health, any information provided by Dr. Artour Rakhimov has proven to be an amazing treasure. Perfect Digestion dives deep! I’ve heard many times that health, good or bad, begins in the gut, but never really understood the dynamics at play. This book will give you a good understanding of what is going on with your body and health, along with confidence in the Steps for GI recovery included. I highly recommend this book for anyone! Combine this with the DIY Amazing Breathing Device (also by this author) and take action accordingly and your health and life will change for the better in a big way. Best wishes to all…

Truly amazing book! It has opened my views on lots of things. I discovered I make some serious mistakes that I considered as normal, even funny. Luckily I can fix those problems easily since there are solutions in books and I found them on time.
I used to mix all my food (meat, veggies, salad) and swallow it fast. No wonder my stomach would be confused so much and digestion would fluctuate. I ate so many times at 12 pm then went to sleep, will change that. My morning CP is low, around 30. With breathing exercises I can boost CP very high but that doesn't last long. After this book I am confident my morning CP will go up significantly.
Tx

You have subscribed to alerts for Artour Rakhimov.

You have been added to Artour Rakhimov's favorite list.

You can also sign-up to receive email notifications whenever Artour Rakhimov releases a new book.