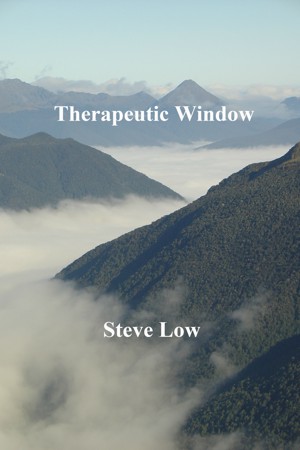 By Steve Low
A story about a medical family that spans the years from the 1950s to the present. Written from the viewpoint of a son, we witness his and his sibling's life changes as they grapple with the generation gap between themselves and their over bearing father. Other themes explored are romantic and family love, extramarital relationships, medical ethics and hierarchical work relationships. More
The themes explored in this novel include the generation gap, romantic and family love, extramarital relationships medical ethics and hierarchical work relationships.
The story is based around the protagonist’s life from his time as a child in the 60s and 70s, through to the present day. Three distinct periods are looked at: his last few years at school, his time as a trainee intensive care doctor in the mid 80s and thirdly the present day.
The back-story time spent in the 60s and 70s is where we see the generation gap of that time in full force. The clash is between the father and the daughter in particular. The protagonist is more an observer here. The effects on the daughter and elder son are apparent and manifest later through the story in different ways. The father’s obsession with medicine and the way he feels it positions him in society, effects both his son’s careers as his over arching expectations come to bear. The middle part of the book details life working in a surgical intensive care unit and how the son deals with a medical ethics dilemma and a love affair.
In the present day, the protagonist has returned home for a visit, after becoming a success in the music industry in North America. This rejection of medicine and success in the much derided ‘pop music industry, is a source of astonishment and amusement to the father.
But the son has information that gives him the upper hand - he has accumulated knowledge that his parents pre-children years were deeply effected by an extra-marital affair. Thus when his mother suggests the father and son take a few days away hiking in the mountains, the son senses an opportunity to challenge the father. What plays out in the. Mountains results in a coming of age for both parties.
Download: epub mobi (Kindle) pdf more Online Reader
rtf lrf pdb txt
Price: Free! USD
Add to Library
Create Widget
Tags: drug abuse medical surgery music songwriting climbing hiking mountaineering nursing generation gap sister and brother mother and daughter mother and adult son music and culture anaesthesia resuscitation sister brother love anaesthesiology
About Steve Low

I have worked in anaesthesia and intensive care for many years and this experience has infiltrated its way into the book. Similarly interests in music (https://soundcloud.com/stevelowsongs) and the outdoors are also reflected in the way the story develops. I apologise for errors in formatting in earlier uploads. Hopefully the most recent upload is close to 100% perfect.

Review
sashao reviewed on July 9, 2014
(no rating)
This novel is based in New Zealand but there are also scenes in Australia, Canada and the UK. There are 3 parts to the novel which has a plot set in the present day (1990s) accompanied by an elaborate back story. It is the story of Gerry, a 28 year old, who has left a career in medicine to become a song-writer. The novel starts with Gerry visiting his home in Nelson NZ after finding success as a songwriter in Canada. We get the impression he is flush with cash and has found new love with a Canadian woman. Returning home is a nostalgic experience and we get a lot of scenes about life growing up in the 1960s. His father Graham, a bombastic semi-retired surgeon is keen for an argument, although he is more of a buffoon than a mean person, The generation gap of the 60s is a dominant theme here and throughout the book Gerry and Graham argue about the past dredging up a family back story of flawed relationships, teenaged rebellion and failed expectations. During much of the novel Gerry and his father are away on a 3 day trek in the mountains, a trip suggested by Gerry’s mother Julia, who we understand early on has had her fill of Graham. Being alone together allows the two to lay out the bare bones of the family’s history. We learn of Gerry’s close relationship with troubled sister Isobel, much of the action taking place in the 2nd part of the novel in the university city Dunedin. Here, Gerry’s life as an intensive care doctor becomes mired in a world of relationships and dubious medical ethics. In this part of the novel we get detailed scenes of medicine at it’s most acute as patient’s lives hang in the balance while steamy relationships and professional jealousy get in the way. Gerry and his sister’s coming of age moments occur in the 3rd part of the novel in the UK after they have escaped the madness of Dunedin. Ultimately though we return to the father and son at the end of their trek as near disaster leads to the most cathartic moment of the story. The themes then that are addressed in this novel are coming of age, the generation gap, the effects of trauma in childhood, and a big dose of medical ethics.

You have subscribed to alerts for Steve Low.

You have been added to Steve Low's favorite list.

You can also sign-up to receive email notifications whenever Steve Low releases a new book.