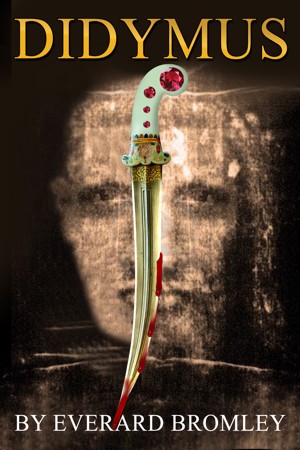 By Everard Bromley
Who was the twin, the 'Didymus' of the Apostle Thomas? What happened to the Essenes, a secretive sect of Judaism who disappeared after the Roman reconquest of Judea? Maybe this book will explain what really happened and what is happening today! More
I was a revolutionary, a rebel, a freedom fighter and, if you can believe it or not, my identical twin brother Thomas, my 'Didymus', and I were born of a Virgin.
This happened over two thousand years ago and believe me it is nothing like you have heard or read.
We had an unusual combination of bloodlines, my Didymus and I, me being the oldest by a few minutes was the heir and Thomas was the 'spare'.
On my fathers’ side I was the first male David, we were the most senior and directly descended from King David and we were Levi's, inheritors of the priestly lineage.
On my mothers side we were Kohen the only other priestly line, descended from Aaron brother of Moses and David and Levi through our grandmother and grandfather Hannah and Joachim two intersecting Davidic bloodlines and two separate priestly bloodlines.
Available ebook formats: epub mobi pdf rtf lrf pdb txt html
First 10% Sample: epub mobi (Kindle) lrf more Online Reader
pdb
Price: $1.99 USD
Buy Add to Library Give as a Gift
How gifting works
Create Widget
Tags: fiction middle east historical alternative christian origins irreverent war and military quasi religious
About Everard Bromley

Everard Bromley (not my real name, just where my mom was born)

(notes on "DIDYMUS")
I grew up in South Africa before, during and after the democratic dispensation.
After I read the books by Barbera Thiering and knowing about the 'Freedom Struggle' in SA I wondered what and if a similar struggle by Jews during the Roman occupation of Judea would follow the same route and how that would be.

(notes on "the BEAST of BIKO BRIDGE")
There was genuinely a report in the local newspaper (Daily Dispatch) of number of bodies found where I have located this story.
I just let my imagination run wild with the rest of it.

(notes on "a Real Surprise)
Just a bit of fluff, I was feeling a bit blue for a friend of mine. 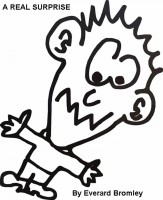 Reviews of Didymus by Everard Bromley

You have subscribed to Smashwords Alerts new release notifications for Everard Bromley.

You have been added to Everard Bromley's favorite list.

You can also sign-up to receive email notifications whenever Everard Bromley releases a new book.