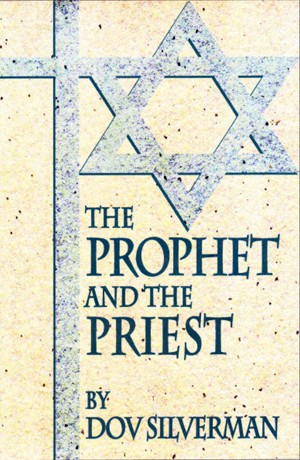 The Prophet and the Priest

He asked that I write “המורה” (The Teacher) on his grave. Of all the many things he did in life, this is how he wanted to be remembered.

These included –
* US Marine Sergeant under heavy fire in Korea
* Long Island Railroad Conductor
* Auctioneer of many interesting items for the NY Police department
* Teacher in the holy city of Safed
* Singer/entertainer during the Yom Kippur war with a group of Safed students
* High school principal
* Supervisor of English teachers in the Galilea, Israel
* City Councilman
* Bestselling novelist - https://dov-silverman.com/books-2/
* Volunteer bowls instructor for the blind - https://magazine.esra.org.il/esramagazine/look-into-it/our-authors/dovsilverman.html
* and more… https://dov-silverman.com/about/

He published over 40 novels and short stories and had 5 books on the best seller’s list in England.

For me he was “Da", a very special man who encouraged me to do many things.

He is survived by me, his granddaughters Loriel Sher and Anav Youlevich and Shira, Bar and Ya-ara. He had a son Jeffrey – a very handsome basketball player and all around good guy. He had a wife of over 50 years (my mother) who he loved very much – Janet Silverman – now they are together.

He credited a spiritual meeting with God and a Tzaddik (righteous man), Jules Rubinstein, in the Brentwood (New York) Jewish Center, with setting him on the path of study, religious involvement and settlement in Israel.

Reviews of The Prophet and the Priest by Dov Silverman

You have subscribed to alerts for Dov Silverman.