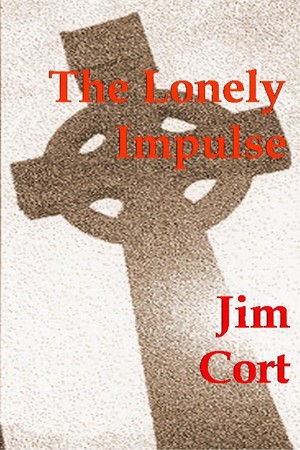 By Jim Cort
Costigan was ex-IRA. He'd seen more than his share of killing and he wanted no more of it.

They picked him to track down Willy Dowd because he had a score to settle. And they offered him 50 thousand dollars.

But there was more to the job than money, more than he bargained for. He found betrayal and murder, and nuclear blackmail.

And a ghost that had haunted him for a dozen years, More
Years ago Danny Carmody and Willie Dowd,two childhood friends from the slums of Belfast, served in the Provisional wing of the Irish Republican Army. Dowd, slight and studious, gave himself without reservation to the cause and rose through the ranks by his dedication, intelligence, and talent for making bombs. Carmody, a big lad and far from intellectual, joined the Provos not from any political conviction, but out of loyalty to Dowd, following a pattern he had held to all his life.

Together they had planted bombs, staged ambushes and robbed banks in the name of the cause, each risking his life to save the other. But when Dowd forced Danny into a shameful act, Danny felt he had been betrayed. He quit the Provos and fled to America, nursing a bitter hatred of Dowd for what he saw as the wasting of his life. Burned out and plagued by guilt for the destruction and deaths he had caused, Danny drifts along the Eastern seaboard, winding up an unofficial bouncer in a black bar in Newark, New Jersey. He has changed his name to Milo Costigan.

In the meantime, Dowd pursued his IRA career, wounded by his friend's desertion, but never once questioning the cause or his place in it. When a cease-fire begins, Dowd finds himself a man without a function. His uncompromising dedication and fanatic hatred of the British are no longer wanted. At the urging of a friend, he comes to America. His friend Terry has discovered some shady dealings at the plant where he works. Terry has a plan for hijacking evidence of the plant's criminal activities, and demanding a million dollars ransom.

The plan goes through and they send a ransom demand to the head of the conglomerate that owns the plant, a ruthless and calculating billionaire named Jason Ackerdyne. Ackerdyne wants the situation dealt with and Dowd eliminated without involving the police. He gives the problem to his chief of security Julia Malcom. Malcom, a devious and fiercely ambitious woman, finds Milo Costigan, (the former Danny Carmody), and uses Costigan's hatred of Dowd to manipulate him into taking the job, without, however, telling him the whole story.

Jim Cort is a New Jersey native who has supported himself by writing most of his adult life. His first published story was "The Reaper," which appeared in Rod Serling's Twilight Zone Magazine in September, 1982. The story was an entry in the magazine's first short story contest and finished in the top twenty from a field of over nine thousand.

Throughout the eighties Jim sold stories, poems and articles to Twilight Zone, Reader's Digest, The New Yorker and other magazines, anthologies, and online sites. He has also worked as a corporate trainer and technical writer, and produced hundreds of manuals, training aids, and courses. In 1988 he began writing radio plays, which have been produced on audiocassette, and on the air at radio stations across the country, including National Public Radio.

A retired teacher, Jim has taught writing at the Northern New Jersey Reading Council's Young Author's Conference, the Summer Institute for the Gifted at Drew University, and at the Adult Career Center at Sussex County Technical School.

Jim was a contributing editor to Learning Through History magazine, and author of a column on business writing WordWorks. He lives in Sussex County with his wife Louise, three daughters, two birds, two dogs, and several uninvited mice.

Reviews of The Lonely Impulse by Jim Cort

You have subscribed to Smashwords Alerts new release notifications for Jim Cort.

You have been added to Jim Cort's favorite list.

You can also sign-up to receive email notifications whenever Jim Cort releases a new book.