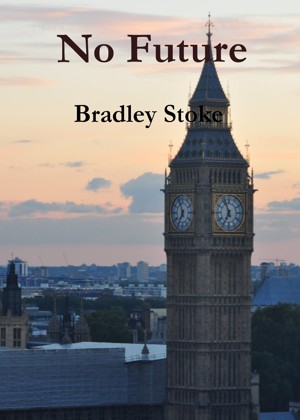 Alex makes a successful career in the media and stumbles through a trail of unsuccessful relationships. Iris endures a decade of authoritarian government. Lindiwe relies on the generosity of a nation made less kind. Tamara follows the Second Diaspora. Olive discovers that however hard she falls, there is still further to go. But however bad it gets, fortunes will still be made and power wielded by businessmen, politicians and aristocrats. Who said there was No Future?
Download: epub mobi (Kindle) pdf more Online Reader
rtf lrf pdb txt
Price: Free! USD
Add to Library
Create Widget
Tags: satire
About Bradley Stoke

Degrees of Intimacy and many of the short stories have been featured on the pay-site Ruthie's Club where they have been edited by Ruthie, Neil Anthony and Father Ignatius.

Let me start by saying that I am a vociferous reader of all kinds of books from Isaac Asimov to James Michener to Tom Clancy to Danielle Steele. I love all kinds of books with all kinds of viewpoints, and am particularly fond of Post-Apocalyptic novels lately, which is why I chose to read No Future by Bradley Stoke.

With my perspectives defined, I am going to start with the good. Mr. Stoke has a definite gift for writing. His phrases and terminology are both apt and well chosen to convey the intended meanings of his story, plot and characters. I found the book fairly easy to read and only a few spelling and grammatical errors. Not bad at all for a self published book.

However, if asked how the author of this book could be described I would have to say that Mr. Stoke appeared to be an over educated, narcissistic, foul mouthed, sex obsessed, drug addict with a paranoid irrational dislike of authority and a total lack of faith in humanity. OR, just the opposite and one hell of a writer! I can’t be sure which.

The reason for the above is to try to make sense of this book, which I did read to the end despite several urges to just give it up. I had to see if I could find the point in the book, other than the rampant sex and drug use, plus the universal lack of humanity in nearly every character in the book. Even with the numerous characters and jumping back and forth through time and story lines, and even with the minimal attempts at building the characters into something, if not likeable, at least resembling conventional humans, I could not quite keep up with who was what and when. I really needed a diagram of character names and jobs to figure them out. Not sure it would have helped.

I am a generally empathetic person, and found that the deaths of the people in the book left me flat because there was not one character that I could identify with. ALL of them were sex and drug obsessed, most of them swore in every sentence, most of them were hypocritical in an almost extreme sense, and oddest of all, most of the characters were very well educated, though pretty much every one of the female characters eventually became prostitutes and the men Johns. I guess my point is that nearly none of them were what most people would consider normal. None of them, to me, were people I would wish to be friends with.

In the end, it just ended, with no one left alive, death and destruction and no real point other than people basically suck!

You have subscribed to alerts for Bradley Stoke.

You have been added to Bradley Stoke's favorite list.

You can also sign-up to receive email notifications whenever Bradley Stoke releases a new book.