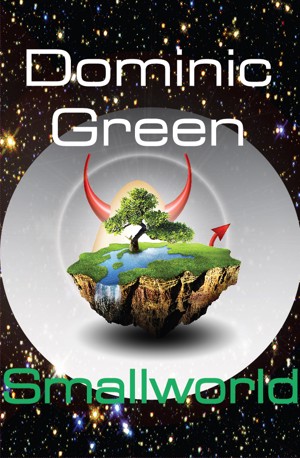 By Dominic Green
Rated 4.33/5 based on 6 reviews
"A showcase for Green's bone-dry satire. A delight." - The Telegraph
"A talented writer having lots of very smart fun"

Mount Ararat, a world the size of an asteroid yet with Earth-standard gravity, plays host to an oddball community whose children are protected by the Devil, a mechanical killing machine.

But who placed the robot there, and who - or what - is really in need of protection? More
"A showcase for Green's bone-dry satire and deadpan humour ... Green's agile imagination constantly wrong-foots the reader. A delight."
-Peter Ingham, The Telegraph

"The work of a talented writer having lots of very smart fun"
-- S F Winser, Booksquawk.com

Mount Ararat, a world the size of an asteroid yet with Earth-standard gravity, plays host to an oddball farming community whose children are protected by the Devil, a mechanical killing machine.

Dominic Green has written several short stories for Interzone magazine, often in a satirical vein, and his story The Adventure of the Lost World appears on the BBC Cult TV website.

His story Send Me a Mentagram was picked for the prestigious Year's Best Science Fiction anthology in 2003, and The Clockwork Atom Bomb was nominated for a 2005 Hugo Award.

Interzone published a special issue devoted to Dominic and his stories in July 2009.

Quirky, interesting concept. Laugh out loud in some places.

This was extremely good, and I am recommending it to my friends.

Entertaining and odd. Recommended for readers who like to have their minds delightfully stretched.

This was an entertaining read, albeit not the comedy I'd expected from reading the blurb. Nor does it really work as a novel, as it reads more like a collection of (long) short stories strung together and linked by virtue of a shared cast and setting. The writing is good and there are moments of very clever (and often bizarre) humour - I particularly liked the escape from the penitentiary through psychoanalysis and Helen of Troy's personality inside a killing-machine robot (both of which appeared in the final story) - yet many of the supporting cast were too one-dimensional to care about and I frequently forgot who was who. However, the science-fiction setting was fun and obviously well thought-out; I just wish the author had done the same with more of the myriad of characters involved along the way. In summary, I did enjoy it and would have been happy to spend money on this.

Smallworld is indeed tough to describe. Imagine Terry Pratchett writing hard science fiction instead of fantasy. Stir in a whiff of Douglas Adams – but not too much. Imagine side-splitting sentences that blind-side you from behind moon rocks. This is emphatically not a “comic” novel; rather a wildly convoluted serious story but told by a narrator with an unquenchably comic spirit. Some of the lines, like this one…
[Re the false night cast by the glittering rings of the nearby gas giant] "During Crystal Night, as the children had christened it despite unfathomable objections by their parents…”
…are going to be puzzling to readers who no longer know which set of atrocities Herr Hitler presided over, or, for that matter, who Hitler was; but if you miss one, another will be along in a moment.
Underpinning the humor and the complex story is a far future universe minutely imagined and scrupulously explained. For science fiction fans with no sense of humor (and there are a few) the book will still be deeply satisfying for its milieu, characters, and story alone.

Hard to describe this book, but it's a good read. In a future where time has been decimalised, a small colony on a tiny moonlet copes with an interesting range of potential threats, several of them homicidal. Some of the details are wonderful - the genetically modified McChickens, which "tasted unaccountably of dill pickle", made me laugh.