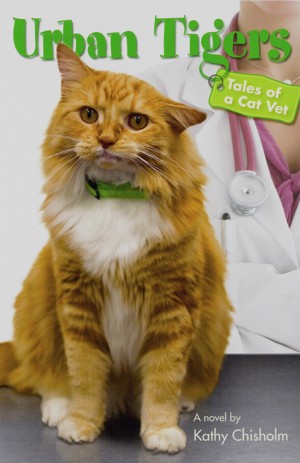 I was born in Halifax, Nova Scotia, Canada. (I decline to mention the decade other than the fact that I am a boomer.) The youngest of three siblings, my best friend growing up was a grey and white tabby cat named Bootsie. From a very early age, I've always had a great respect and love for animals and nature. I earned a B.Sc. in biology and a B.Ed. at Dalhousie University in Halifax. I then furthered my education degree at the University of British Columbia, specializing in outdoor education. My husband Hugh and I taught in Prince Rupert on the northwest coast of BC for three years; by summer, we roamed the Rockies.

In 1982, Hugh was accepted to veterinary school in Saskatoon, Saskatchewan. I was lucky enough to secure a position teaching Grade Five at Hugh Cairns Elementary school and thoroughly loved my time there. After Hugh's graduation in 1986, we returned to Nova Scotia where he was employed as a veterinarian in Halifax. Unable to secure a full time teaching position, I worked as a substitute teacher but it was far less fulfilling than having my own classroom. In 1987, we made a risky, but heartfelt decision. We decided to open the first feline-only veterinary practice east of Montreal and one of only five feline practices in Canada.

Atlantic Cat Hospital grew from a staff of two, seven hundred square feet, and one resident cat to a staff of ten, two thousand square feet, and five resident cats. During that time, I worked alongside my husband as receptionist, veterinary technician, kennel cleaner, bookkeeper, custodian, grief counsellor and practice manager. And in my spare time, I began to write. At first, it was just a collection of anecdotes on pieces of paper; little tidbits of life in a cat hospital. Gradually, it took shape and grew into a novel that was awarded second place at the 2007 30th annual Atlantic Writing Competition for unpublished manuscripts. I was also recognized in the short story category with first place for "Seen but Not Heard." Told in the child's voice, it is a moving story set in the 1960s about the bond between a little girl and her dad. It will provide the framework for my third novel.

I am currently working on my third novel. My husband built me a little cabin down at the lake where I write by day; the water lapping against the shore, a cat asleep on my lap. Does it get any better than that? Perhaps lunch delivered to my door complete with an inspirational glass of wine? Stay tuned.

You have subscribed to alerts for Kathy Chisholm.

You have been added to Kathy Chisholm's favorite list.

You can also sign-up to receive email notifications whenever Kathy Chisholm releases a new book.