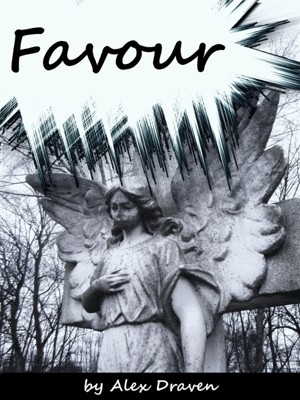 Rated 5.00/5 based on 1 review
Favour is sweet like candy; a short British Halloween romance featuring laserquest, fake fangs, and boys making out in graveyards.

Reviews of Favour by Alex Draven

Missed this title when it was first released and was thrilled to see it re-released. For a short story, this author turned what would have been a chapter or two in a full novel into a short story that was not choppy. It had everything I would expect a novel to have: an introduction, middle and wanting more at the end because it was well written with characters that were believable and likable at the same time. Some short stories are basically just teasers to get you to buy the novel, this short story is a true short story, from Micky and Rhys' first conversation to the end where there is the possibility of something more in the future. Certainly hope the author is hard at work continuing their story as it would be a shame not to be able to read Micky and Rhys' complete story to the HEA they deserve.

You have subscribed to alerts for Alex Draven.

You have been added to Alex Draven's favorite list.

You can also sign-up to receive email notifications whenever Alex Draven releases a new book.