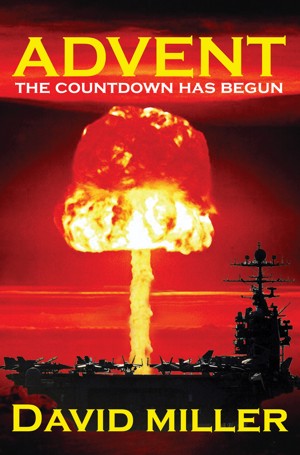 By David Miller
Dark disciples intent on bringing about Judgement Day as described in the Bible unleash a series of terrorist attacks around the world forcing the United States, Israel and the Vatican to respond before it is too late. More
From the deadly attacks on US embassies in Africa to the Bali bombings to 9-11 – these have left the world reeling in shock and fear. Horrific as these bloody terrorist operations were, they were in essence nothing more than just random strikes without any real long-term agenda.

But what if lurking in the shadows now was an even more sinister force – one intent on world domination at any cost. Following a script almost as old as time itself, it would put religion and politics on an inevitable collision course blurring forever the lines of good and evil.

A former newspaper correspondent and managing editor for a number of magazines in Singapore, David Miller has written several commercial books over the years.

His first novel 'Year of the Tiger' was published in August 2012. Advent was his second novel published in June 2013.He is currently working on a sequel to 'Advent' - the third and final installment in this series. The book is expected to be ready sometime in 2015. In November 2014 he published two non-fiction titles - Bahau, the Elephant & the Ham' and 'DutyBound'.

Readers, if you would like to contact the author with your comments or suggestions, please email feedback (at) dmbooks (dot) org

Reviews of Advent by David Miller

You have subscribed to alerts for David Miller.

You have been added to David Miller's favorite list.

You can also sign-up to receive email notifications whenever David Miller releases a new book.