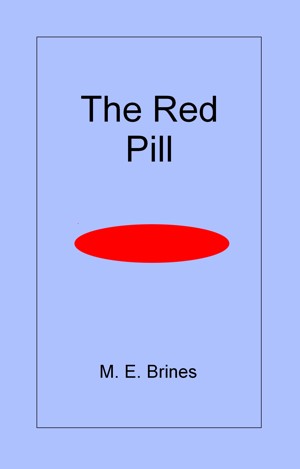 By M.E. Brines
Rated 5.00/5 based on 1 reviews
The horrifying “ultimate book on conspiracy theories.”

Does a cabal of evil financiers dominate Western civilization? This book examines the how and the why, investigating the relationship of modern politics and ancient religion, revealing who “they” are and their plans for your future. More
The horrifying “ultimate book on conspiracy theories.”

Does a cabal of evil financiers dominate Western civilization? This book examines the how and the why, investigating the relationship of modern politics and ancient religion, revealing who “they” are and their plans for your future. How do the illuminati, UFOs, the Masons, ancient religious texts, Nazis, Star Trek, medieval gnosticism, modern political primaries, Wicca, the Federal Reserve system, the Mormon Church, Hollywood, Islam, Global Warming and an obscure novel published in 1912 relate to each other?

Are conspiracy theories intrinsically absurd? Or have they existed (and been successful) since ancient times? Does an originally secret 1960s sociological study reveal the Insiders’ plans for YOUR future? What is the sinister secret revealed by the Georgia Guidestones? Who will fight World War III and how will it end? What is the truth behind the Roswell Incident and the government’s relationship to extraterrestrials? How does understanding this conspiracy reveal the key to achieving happiness in your personal life?

If you’re familiar with the Matrix movies the meaning of this book’s title is pretty clear. If not, then be warned. If you swallow this pill it will forever change your way of looking at the world. As Morpheus said in the movie: This is your last chance. After this, there is no turning back. You take the blue pill - the story ends, you wake up in your bed and believe whatever you want to believe. You take the red pill - you stay in Wonderland, and I show you how deep the rabbit hole goes.

So make your choice. And if you choose wisely, rather than expediently, you’ll get something tall and cool to wash it down with, then download The Red Pill….

Great read. This book shows how the U. S. Government works today and how other governments operate and have operated in the past before they destroyed themselves. .