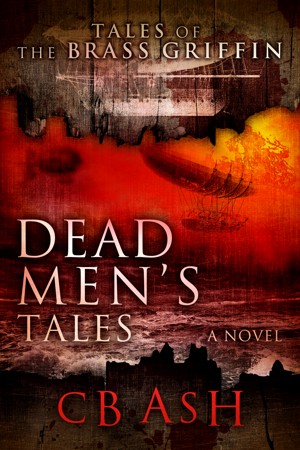 By C. B. Ash
The discovery of a cryptic message left by Angela Von Patterson draws the crew of the Brass Griffin into a web of conspiracy, kidnapping and death. From high above the North Atlantic, to the Highlands of Scotland, they discover a plot that threatens the very heart of the British government!

C. B. Ash holds degrees as a Physical Scientist and Computer Scientist. Since college, he has run his own networking business, worked as laboratory technician, taught martial arts, and traveled for several years as a software engineering consultant. Currently he shares his time between software architecture, web design and slaving away over outlines for new manuscripts … when he's not keeping his cat off his keyboard.

During that time he has written several fantasy and science fiction short stories, a fantasy/murder mystery novel and several poems. His first novel, Kinloch, was published in May, 2004. The Tales of the Brass Griffin series is his latest work. To find out more, visit: http://www.cb-ash.com

Learn more about C. B. Ash

Also in Series: Tales of the Brass Griffin

You have subscribed to alerts for C. B. Ash.

You have been added to C. B. Ash's favorite list.

You can also sign-up to receive email notifications whenever C. B. Ash releases a new book.