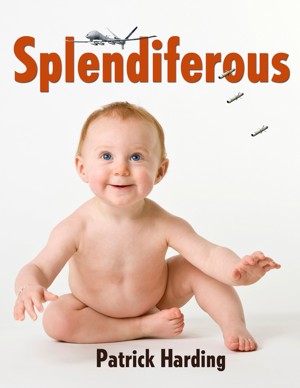 After his rebel journalist father disappeared and was declared dead,Telly's family was sent to a Ghetto, a world where public floggings and hangings are common, and where poor white women auction their babies, But nobody dares protest. Ghettos like the one Telly inhabits are destroyed by Drones if local "Terrorists" attack the Reich.

After getting a tip from a local gypsy Telly decides to look for his father. Can they wake up America before a Drone destroys everything he loves?
Available ebook formats: epub mobi pdf lrf pdb txt html
First 15% Sample: epub mobi (Kindle) lrf more Online Reader
pdb
Price: $6.99 USD
Buy Add to Library Give as a Gift
How gifting works
Create Widget
Tags: coming of age nazi trump history altered
About Patrick Harding

Born in Bournemouth, England, Patrick grew up on the wrong side of, the tracks.

On those mean streets he joined a vicious street gang that harassed passers-by. Consequently he was deported to Canada at the tender age of seven years.

He spent his teen years in a Witness Protection Program where he eventually entered Waterloo Lutheran University, a party school so notorious that it had to change it's name to Laurier not long after Patrick's graduation.

Whereupon Patrick talked his way into a staff position at Dorchester High School, a party school so notorious that it had to change its name to Lord Dorchester Secondary School in the hope that by honouring a nineteenth century mouth-breathing aristocrat, it would gain some semblance of respectability.

Patrick taught there for thirty-two years largely through intimidation. Today Patrick lives with his moll, Rosemary. He has five lieutenants and ten soldiers in his "Family"

He urges you to buy his writing. It's an offer you can't refuse.

About the Series: A Teen In Nazi America 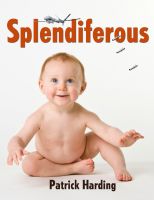 The first book in the series, Splendiferous, contains three parts. The first part introduces the reader to sixteen-year-old Telly Walker, tech genius and high school dropout. The time is the present in a universe where the Nazis won World War 2. Port, Telly's home town has been designated a ghetto. In part two, Telly is consigned to All Saints, a Church facility where he searches for his missing father. During that time a native ghetto is annihilated and Telly is framed for it. In part three he is returns to Port to stand trial. He becomes part of a movement that liberates Port from ghetto status. In the second book, Tumultuous, Part One, Telly finds himself in Florida taking courses at Werner Von Braun Technical Institute, where Nazi drones are designed and manufactured, and dodging attempts on his life. He hooks up with a Resistance group dedicated to ending the Nazi's use of drones to control America..

Also in Series: A Teen In Nazi America 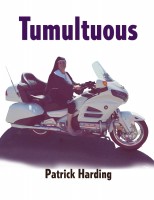 Reviews of Splendiferous by Patrick Harding

You have subscribed to alerts for Patrick Harding.

You have been added to Patrick Harding's favorite list.

You can also sign-up to receive email notifications whenever Patrick Harding releases a new book.