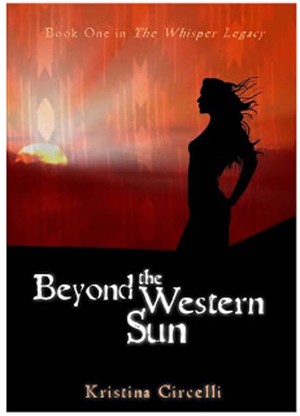 Beyond the Western Sun

An epic saga of hope, redemption, and undying love, Beyond the Western Sun is what all fantasy adventures must strive to be: a complex, intricate examination of human emotion set within the context of worlds known only in our imagination. And in this regard, Beyond the Western Sun is a stunning achievement. Melding fantasy and legend in an epic quest, the third novel of her young career signals the arrival of Kristina Circelli as a master storyteller. Creating the indelible character of Whisper, vividly portraying the worlds that she and Ian must traverse to accomplish their goal, and capturing their human frailties, hopes and fears with depth and touching sincerity, Ms. Circelli reminds us with stunning precision the greatness we are all capable of, and the heavy price our actions can rend.
Download: epub mobi (Kindle) pdf more Online Reader
rtf lrf pdb txt
Price: Free! USD
Add to Library
Create Widget
Tags: adventure fantasy native american whisper indian cherokee epic saga kristina circelli
About Kristina Circelli

Kristina Circelli is the author of several fiction novels, including The Helping Hands series, The Whisper Legacy series, "The Never," and "The SOur Orange Derby." A descendent of the Cherokee nation, Circelli holds both a Bachelor of Arts and Master of Arts in English from the University of North Florida.

Her Whisper Legacy series is steeped in the spoken narratives of Native American lore, and is at once a gripping story of a father's love and his search for redemption as well as a written record of a Nation's belief system. Part adventure, part myth, and altogether riveting, this series from Kristina Circelli signifies the emergence of an important voice in Native American literature.

From her extraordinary ability to vividly create heretofore-unknown worlds to her engaging prose, Circelli's novels position her as one of the freshest new voices in all of contemporary American fiction. She currently lives in Florida and works as an author, book editor, copywriter, and creative writing professor.

This is a mostly well told and deep fantasy story involving Amerindian traditions and legends. It certainly is a page turner and brilliant in many of its aspects. I did find it to be quite an enjoyable read.

Unfortunately, the editing of this story is not up to par. There are a myriad of poor word choices and grammatical mistakes that were allowed to make it through. Most of these were just minor nuisances, though. One issue that was really nagging, though, was a lot of grammatically incorrect usages of the word "of". Any discerning reader is bound to notice this. This makes it almost hard to believe that the author really does hold a Master's Degree in English. Also, she writes about "knocking an arrow" numerous times. HELLO!!! The correct word is "nock". There was even a part where it states one of the story's protagonists was doing something for "three sole" purposes. Since the word "sole" actually means "one and only" - there cannot be more than one "sole" reason for anything.

Lastly, I would like to point out that there is a certain amount of historical ignorance in the telling of this story. Much of the history that is used as an historical backdrop for this story (as relates to the history between the Amerindians and the European conquerers) either comes from a skewed perspective or is outright false. The discredited and nonsensical stories about "small pox infected blankets" is one of those things. But, overall - these things did not detract from the story and may have actually helped it in some cases. It is fiction after all - and this story is good at being what it is.

BRILLIANT READING !!! Enjoyed every word of it, well written, and keeps the reader guessing as to what is going to happen next.

Life/death, good/evil....sacrifice, love, faith, destiny..I loved this story! A battle of wills warring within...I'm a sucker for a good ending. A must read :D

You have subscribed to alerts for Kristina Circelli.

You have been added to Kristina Circelli's favorite list.

You can also sign-up to receive email notifications whenever Kristina Circelli releases a new book.