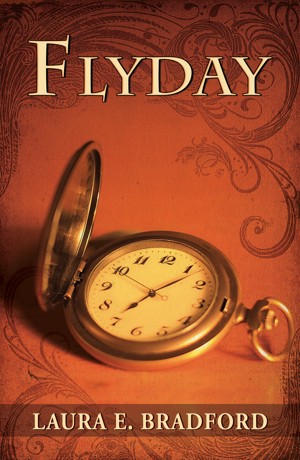 By Laura E. Bradford
Rated 5.00/5 based on 1 reviews
A journalist is pulled into a time-traveling conspiracy when his fiancee's brother is implicated in the death of a world leader. More
Flyday follows 26th century journalist Thomas Huxley as he deals with a most unusual situation—the assassination of a world leader, when his fiancée’s brother is the accused killer. And just when he thinks things can’t get worse, Thomas finds himself contacted by time traveler Ariel Midori, who wants to know why police have been invading her timeline—and mentioning his name.

His fiancée, Zoë, is distressed by news that her brother could be executed. Thomas begins to suspect a cover-up. There’s no physical evidence linking the suspect to the crime, just a confession … but to get to the truth, Thomas must deal with a washed-up rock star, a lieutenant on the lookout for time travelers, and an assassin watching his every move.

Author of Flyday and Saturnine. 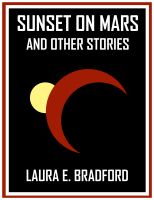 Throughout Laura E. Bradford’s novel Flyday, central character Thomas Huxley has to put up with a lot, including breakups, family dramas and assassination attempts, and has had to deal with a lot before it has even begun. Set in a future, seemingly utopian, society the adventure novel centres around concepts of time travel and explores ideas of relationships, patriotism, and responsibility as Huxley overcomes challenges in every area of his life, some of which he can’t even remember.

Bradford’s characters are engaging and appealing, and this is one of the many strengths of her novel. While the novel focusses on Huxley, his relationships with his fiance and her friends and family often have a great effect on him and these characters drive much of the plot. Huxley’s memory loss, due to an unknown event in his past, complicates things and Bradford develops his character through his discovery of past events and actions. Some of the characters’ actions are not well justified at the time they occur but any dissatisfaction I felt at this was generally resolved by the conclusion of the novel.

The plot mostly follows Huxley’s actions, even when he time-travels, although it occasionally focusses on a a minor character in order to give further development of the plot. As a result the plot is very complex and while at times I was aware of the deliberately confusing narrative structure I never felt confused myself. The second half of the novel, where Bradford begins to bring the many strands of her narrative together, is especially good and demonstrates her clear plan for and control of her plot. Through a complex plot and deliberate and thoughtful development of characters, Flyday explores important themes in a light and original way.

You have subscribed to alerts for Laura E. Bradford.

You have been added to Laura E. Bradford's favorite list.

You can also sign-up to receive email notifications whenever Laura E. Bradford releases a new book.