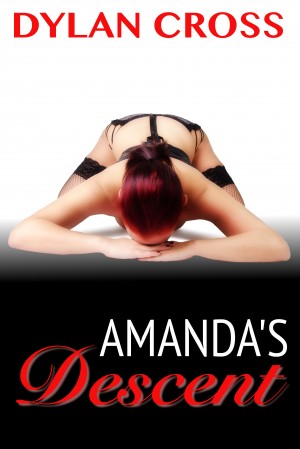 Rated 4.80/5 based on 5 reviews
Bored housewife Amanda decides to have some fun with the cable guy. But when her husband’s friend Craig learns of her indiscretion, Amanda is forced to offer him an encore performance in exchange for his silence. However, Craig keeps wanting more and more… Before she realizes it, Amanda finds herself descending into a world of exhibitionism, humiliation, bondage and submission… More
When her husband goes out of town on business, bored housewife Amanda decides to “get her flirt on” with the cable guy, treating him to a morning of uninhibited, full-figured fun. But the repairman’s service call is immediately followed by a visit from her husband’s friend, Craig—who confronts Amanda about her indiscretion.

In exchange for Craig’s silence, Amanda reluctantly agrees to give him an encore performance. But it quickly becomes obvious that he has no intention of letting the curvy redhead off the hook so easily. He makes one demand, then another, and Amanda has no choice but to comply. Before she realizes it, the young housewife finds herself descending into a world of exhibitionism, humiliation, bondage and submission…
Available ebook formats: epub mobi pdf lrf pdb txt html
First 20% Sample: epub mobi (Kindle) lrf more Online Reader
pdb
Price: $2.99 USD
Buy Add to Library Give as a Gift
How gifting works
Create Widget
Tags: bondage bbw cheating blackmail oral repairman redhead housewife big breasts breast sex
About Dylan Cross

About the Series: Amanda 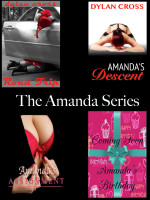 Amanda is a bored housewife who decided to have some fun with the cable guy. Unfortunately, her husband's best friend caught her in the act, and used the situation to his advantage. The result: a full-figured sex slave of his very own... 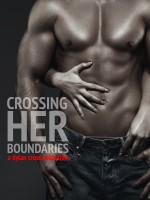 I am so addicted to Dylan Crosses books. If a book can get me hot and wet that is the book for me. What Amanda went through was so hot and yes disturbing but also very hot. You wont be disappointed it is a must read. Dylan u r the man...keep them coiming

(reviewed 2 days after purchase)
d onkey reviewed on March 23, 2014
(no rating)
Well written erotica. Housewife heroine is tempted into teasing a man. This spirals out of control with Amanda then coming under the control of a man she despises. This leads into a series of adventures which she shamefully enjoys. Some of the scenes are quite novel...and hot.

Sex seems to be confined mainly to the upper part of the heroine's anatomy. You have to read to see what I mean.

Dylan Cross has done it again! He has a way of bringing you to your knees with his talent for putting you in the scene with the characters and making you feel for them, whether it be relating to them, or wanting to smack the hell out of them.
Amanda is a bored housewife whose husband is about as vanilla as they come. Opportunity knocks on her door, literally, when he leaves town on business and the cable guy comes calling. Of course, as most of us have, she has a very persuasive best friend who talks her into being just a little naughty with the stranger. No harm in a little playing while the husband is away, right? How would he ever know?
In comes Craig, said husband's obnoxious best friend. When he witnesses Amanda's debauchery, and, none the less records the adulterous act, blackmail...with the intentions of secret revenge for his best friend...is the beginning of a not so beautiful friendship between him and the sexy red head.
Needless to say, Amanda has no choice but to cater to Craig's every twisted whim and finds herself disgustingly, yet arousingly servicing not only him, sexually, but his friends, as well.
A snowball effect of sexual pleasures around every turn will have you more hot and bothered than you could possibly expect from Dylan! And, the ending...perfect! There just doesn't seem to be a light at the end of this sex filled tunnel for the poor lonely housewife. One thing's for certain...she isn't lonely anymore!
Five Sexy Stars for Dylan's erotic tale of how one innocent little act of self pleasure can lead to a never ending story of unwanted submission to a sex crazed lunatic. Bravo, Dylan! Thank you for opening my mind to the erotic pleasures of being Dominated!