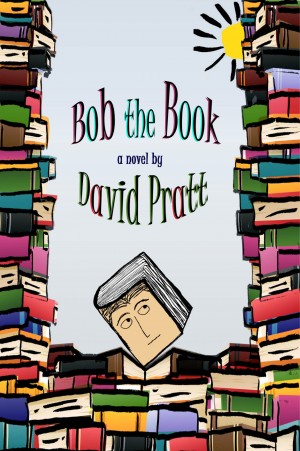 David Pratt has published short fiction in Christopher Street, The James White Review, Blithe House Quarterly, Harrington Gay Men's Fiction Quarterly, Velvet Mafia, Lodestar Quarterly, and other periodicals, and in the anthologies Men Seeking Men, His3 and Fresh Men 2. He has directed and performed his own work for the theater, including appearances in New York City at the Cornelia Street Café, Dixon Place, HERE Arts Center, the Flea Theater, Theater of the Elephant, and the Eighth Annual New York International Fringe Festival. He has collaborated frequently with Rogério M. Pinto, and he was the first director of several plays by the Canadian playwright John Mighton. David holds an MFA in Creative Writing from the New School. Bob the Book is the second novel he has written, and it is the first to be published. He is currently at work on the book of a new musical.

Reviews of Bob the Book by David Pratt

Really enjoyed this "bookish" love story, a refreshing and unique read.
It is a finalist for Debut Gay Fiction - Lambda Literary Awards, 2010.