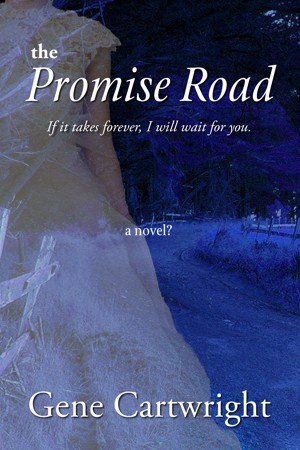 By Gene Cartwright
On a day Rachel Marin would forever remember, in September of 2000 she sat alone in her small, now empty white-fenced home in South Pasadena, California. While the stinging words of her recently divorced film producer-husband: “I married a whole wife; I deserve a whole wife,” still rang in her ears, she would soon close the door to her small home for the last time, and begin an improbable journey. More
There should be a category that distinguishes this story from general 'romance' novels but there is none —yet.

On a day Rachel Marin would forever remember,

in September of 2000, she sat alone in her small, now empty white-fenced home in South Pasadena, California. While the stinging words of her recently divorced producer/director husband: “I married a whole wife; I deserve a whole wife,” still rang in her ears, she would, within minutes, close the door to her small home for the last time, and begin an improbable journey.

Rachel could not have known the path that lay before her. Within days, and miles away, fate would bring her to an unlikely intersection with a story of two young lovers from another time.

During a stop in a small north-central Texas town, she would discover how their storybook lives touched so many, more than a half century earlier.

The late Award-winning actress, Ms Cicely Tyson read Gene's third novel, 'a Family Gathering', called in 2008, and they spoke for more than two hours. It was an unexpected honor. They shared a friendship and a deep and abiding respect.

Ms. Tyson said, of 'A Family Gathering:' - "I have not been so moved by a story since reading Alex's book [Roots]. Words cannot express Gene's reaction.

Gene Cartwright, a native of Texas, often says it was his great fortune to be born at the right address— the home of his parents.

His mother who taught him to read when he was barely four. He was fascinated, captured by the freedom reading afforded. Gene read and was inspired to put his own words to paper. He has always enjoyed both technical and literary pursuits. He wrote his first novel at 12. (90 pages longhand.)

Gene graduated high school and in less than a month, headed immediately to college at Prairie View A&M. Four years later, and for almost eight years thereafter, during what he now refers to as another life, Gene was an electrical engineer, designing lighting and power distribution systems.

Next, Gene founded and owned a very successful consumer electronics company in Houston, Texas. A few years later, he saddled up and headed west.

Throughout his engineering pursuits and business activities, he continued to write and dream of being a published and a fulltime author. In 1996, that dream was realized. Gene has written 10 novels, 2 nonfiction, 1—a book of "visual poetry", and several screenplays. Gene's latest book, "The Value of Small Things," is a powerful little book that will help you find reasons for loving your life. He also owns several patents.

For two years, his book tour for 'I Never Played Catch With My Father,' took him from coast to coast: He has appeared on numerous television and radio programs, including Oprah, NPR stations and countless TV morning shows, news and sports shows. He has been the subject of numerous newspaper and magazine articles. Gene was the featured author in Ebony Magazine in the November '97 issue.

Finally, Gene's greatest childhood thrill was his very first little league baseball game. And his pet peeve, something he labels sacrilegious: the use of the aluminum baseball bats. 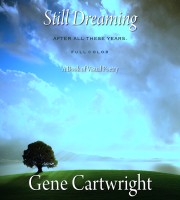 Reviews of The Promise Road by Gene Cartwright

You have subscribed to alerts for Gene Cartwright.

You have been added to Gene Cartwright's favorite list.

You can also sign-up to receive email notifications whenever Gene Cartwright releases a new book.