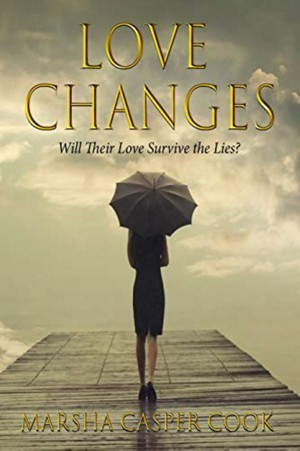 We’ve all heard the comment, “Sometimes life is too damn hard.” That’s what people say when they aren’t ready to move forward with their lives. Elaine Lewis was one of those people. She had made some bad decisions, including having an affair, but after spending months in therapy at the Castleberry, her future depended on her ability to forgive herself. With the help of a wonderfully patient nurse, a secure and passionate doctor, and a husband who loved her very much, she was able to find the miracle she had been looking for.
This is a book filled with emotional up and downs that everyone goes through during their life.
Available ebook formats: epub mobi pdf lrf pdb txt html
Price: $1.99 USD
Buy Add to Library Give as a Gift
How gifting works
Create Widget
Tags: romance marriage love affair affair love triangles love marriage lovetriangle love betrayal
About Marsha Cook

Marsha is a Chicago screenwriter, as well as an author and radio show personality on Blog Talk Radio. Her World Of Ink Network partner for the last five years is V.S.Grenier, author, editor and radio show host who lives in Utah. Marsha's group discussions are about writing and publishing. She also does special shows on many subjects but every year for the last five she has an OCTOBER BREAST CANCER AWARENESS SHOW.

5.0 out of 5 stars Love Can Really Change Your Life: Love Changes reviewed by Fran Lewis, June 3, 2010
By Fran Lewis "Fran and Bertha" - See all my reviews
(VINE VOICE) This review is from: Love Changes (Paperback)
Love Changes by Marsha Casper Cook

Marriages have a way of outlasting themselves. Sometimes we don't even see the signs not until it is too late. Martin Lewis is trying his best to understand his wife Elaine's erratic mood swings. Honored at a dinner for the disabled, his wife and his mother both proud, but in two different ways. A man who is selfless, a doctor who is rare and rarely cares about his patients, does not see the warning signs in front of him as his marriage is about to smolder into ashes due to the secrets and lies his wife has hidden from him for years. Spending his life as a doctor and delivering children into this world, just imagine how he would feel if he found out his child was given away. Enter into the world of gambling, adultery, abortion, mental illness and the disabled. Elaine appears to us as a selfish, unfeeling woman who enjoys the life of a rich socialite and doctor's wife. Martin Lewis deliberately ignores her faults, her coldness and mood swings in order to keep his marriage solvent. Elaine Lewis has placed a veil of secrecy around her in order to hide the truths about her past. Will they be able to survive? What truths will be revealed in this heartfelt novel by outstanding author Marsha Casper Cook who brings to light so many issues that people face today but never really fully address.

Elaine Lewis appears on the outside to be a cold, unfeeling and distant woman. That is all a façade. Beneath the surface you will find a woman who is deeply troubled, hiding from her own pain and remembering a choice that she made that changed the course of her life, Martin's and an innocent child. Elaine Lewis made the choice to give away her young son, Steven. Steven was born with a disability, an imperfection that she could not stand for and would not allow into her life. Steven was born with Down syndrome and would need the love, understanding and caring of parents who would learn and want to address his needs. She was not that giving and she convinced Martin to give her child to someone she never met. Haunted by the images and dreams of her sister Megan who died in a freak accident, Elaine's emotional scars and guilt from that day on have tortured her waking hours and left her cold and afraid to love any other child.

Facing her fears, running away from her life and finally coming to a stark realization after almost losing her life, Elaine decides it is time to get some help but at what cost. Finding her diary and reading the entries, Martin learns the hidden secret about how Elaine really feels about their son Stevie and why she feels like a failure. With the help of her close friend Sally, Maggie and even Josh a man she formed a relationship with, Elaine might just find her way back but not before Dr. Ben Caulfield of the facility she is in forces her to face past in a very unique and brave manner. Three great doctors, her husband, her psychiatrist and her gynecologist, all-working toward the same end to save this troubled and tortured woman from herself. But, could they and the events that do follow are startling. A man who has devoted his life to his wife and yet questions his own actions and blames himself for not being able to help his wife and understand her problems. A woman who closed herself off when her son was born but in her heart and soul she loves him.

There are many children born with disabilities today both physically and learning that hamper their learning. As a reading and writing specialist I worked with students that needed that extra help in both areas and I taught classes of double grades with students who were below level and had difficulty in both reading and math. Before becoming the reading and writing specialist I worked with so many children who endeared themselves to me and who will always be in my heart and soul forever. Working with children with disabilities like Down syndrome, autism and Attention Deficit Disorder takes a specially trained teacher and parent to help these children succeed. It can be done as we hope Elaine will find out.

When Martin asks Sally to attend a gallery opening more than just the paintings are revealed as Sally and Josh come to terms with his feelings for Elaine as the plot becomes more complicated and lives are intertwined.

Anonymity is what Elaine strived for and wanted in order to forget her pain and release her anger. She found her solace at the racetrack where she stated she could rest her mind and no one cared who or what she was. Friendships are hard for Elaine to cultivate but the persistence of one woman would change the course of her treatment and hopefully restore her life. The dam finally burst the water began to flow and Elaine was finally on the road to recovery. Group therapy sessions revealed many other aspects of her childhood and past. As author Marsha Casper Cook takes us on a backward journey into her past and then reunites us with her present life, we learn more about the real Elaine.

The events that follow her release you will have to read for yourself. Sometimes when we wait too long we learn many other hard lessons in life. The ending has a twist and you will never expect. What does happen to Elaine, Martin and Stevie will surprise the reader. This is a story a man whose unrequited love for his wife. A story of loyalty, friendship, hope and the desire to set the past free and strengthen the future. Friendships that will last, others that will be tested and losses that will be hard to overcome, as Elaine Lewis tries to understand what lies ahead for her and those she loves.

Well written, characters that you will either love or hate, a woman who learns many truths about herself, and a man whose undying love helped her through it all. This is a must read for everyone that has ever had a child with disabilities, learning needs or lost someone close to them.

Marsha Casper Cook brings to light so many valuable issues in this book that are relevant today. A definite must read and one of my best picks for 2010.

Fran Lewis: Reviewer and author of the Bertha Series of Books and
Memories are Precious Alzheimer's Journey Ruth's story.

You have subscribed to Smashwords Alerts new release notifications for Marsha Cook.

You have been added to Marsha Cook's favorite list.

You can also sign-up to receive email notifications whenever Marsha Cook releases a new book.