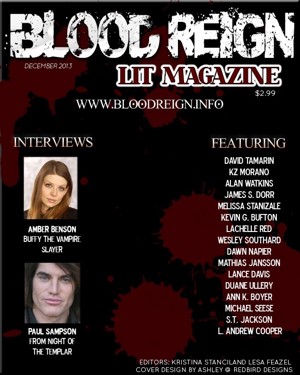 Kristina Stancil is the owner of Pegasus Entertainment Group and Blood Reign Lit Magazine. She is a novelist, freelance journalist, and freelance editor. 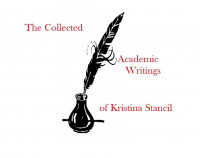 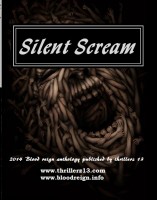 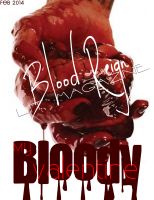 I decided to get this (even created a Smashwords account) because I was following an author. I was also intrigued by the idea of a fresh magazine and am glad I bought a copy coz I was able tofind out about some new authors. Morano’s the other child did not disappoint. I like how she had broken an old children’s tale to the point that it was almost believable. I liked the ’voice’ and that it was fast-paced but very vivid. I also liked "We can all be Art" wow it was shortbut v creepy. Another story "Silence" was about people disappearing. It stuck with me,the concept was frightening. "To be Thirsty" was a great vampire story that played on human emotions. As usual,some stories were better than others but there’s a lot of good stuff here.. a good mix to suit everyone’s tastes. Vampires, ghosts, psychos, diseases,etc. This mag got my idea of horror..a feeling of fear *and not just blood and shocking scenes. The only thing I didn’t like maybe was the lack of illustrations. Other than that,4-5 stars. Kudos to everyone behind this. Overall, it was worth my time and money. (and creating smashwords)!

You have subscribed to alerts for Kristina Stancil.

You have been added to Kristina Stancil's favorite list.

You can also sign-up to receive email notifications whenever Kristina Stancil releases a new book.