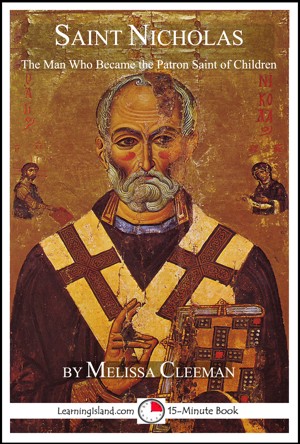 Saint Nicholas: The Man Who Became the Patron Saint of Children

Find out more about this man who became the patron saint of children and sailors, and inspired Christmas in this 15-Minute biography.

Melissa Cleeman lives with her boyfriend, Casey, her dog, Mia and a cat affectionately known as Doormat. As well as writing, she enjoys drawing, painting and reading.

You have subscribed to alerts for Melissa Cleeman.

You have been added to Melissa Cleeman's favorite list.

You can also sign-up to receive email notifications whenever Melissa Cleeman releases a new book.