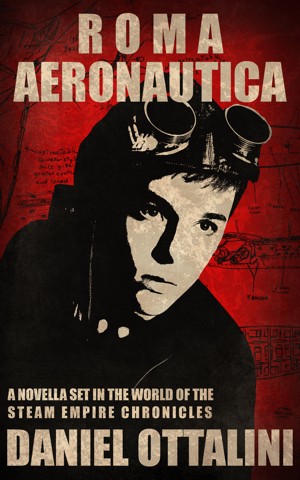 Roma Aeronautica: A Novella of the Steam Empire Chronicles

Daniel Ottalini is a teacher, writer, and amateur historian. His interests include reading everything from nonfiction to sci-fi and amazing others with his knowledge of random facts. When not working, he is most likely writing some more or catching much needed rest. He lives in Maryland.

Reviews of Roma Aeronautica: A Novella of the Steam Empire Chronicles by Daniel Ottalini

You have subscribed to Smashwords Alerts new release notifications for Daniel Ottalini.

You have been added to Daniel Ottalini's favorite list.

You can also sign-up to receive email notifications whenever Daniel Ottalini releases a new book.