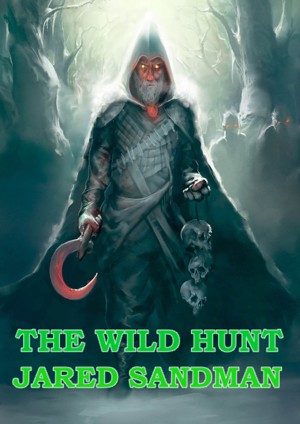 Rated 4.00/5 based on 1 reviews
The town of Wodanfield doesn't celebrate the holidays. Only a few citizens are old enough to know why, because they remember the evil menace that will return at the yuletide: the Lord of the Hunt and the Furious Host.

The Wild Hunt has been sounded . . . and Wodanfield will pay a terrible price. More
THE HUNT HAS BEEN SOUNDED

The ghoulish horsemen of the Wild Hunt are cursed to ride forever as part of the Furious Host. Criminals and sadists in life, their savagery knows no bounds in the aftrelife. Their leader, the hellish Lord of the Hunt, has come to reclaim what was stolen from him so many decades ago . . .

A TOWN FROZEN IN FEAR

The village of Wodanfield doesn't celebrate the holidays. Its citizens stay locked indoors during the yuletide. Only a few are old enough to know why, because they remember the evil that is returning. When Erik and Allie Herne move to Wodanfield, they consider the natives' odd habits to be charming small-town quirks. Until their neighbor, Ivan Hertz, reveals the truth . . .

A PAYMENT IN BLOOD

As mutilated corpses stack up and the body count rises, the Hernes become aware they're connected to the ongoing violence. Because now the Host is after Allie, and they won't stop 'til she's dead. Forced to transform herself into a warrior from a bygone era, she confronts the undead menace. Only then does she realize there's no escaping . . .

Jared Sandman was born in Canton, Ohio, in 1985. He began selling his first stories professionally while in high school and wrote his first novel upon graduation. (That book, BLOOD MONEY, sits in a desk drawer where it will never see the light of day.)

LEVIATHAN was his second attempt at the long form, which he wrote two years later. This was followed by THE WILD HUNT, DREAMLAND, THE SHADOW WOLVES, BLACKSTONE and FLASHBACK. He's currently working on his eighth book. 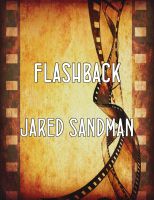 Content Advisory: This book addresses topics, specifically past sexual abuse, that may be triggering or uncomfortable for some readers. This book would be most appropriate for a mature reader.

If there's an overlying theme in The Wild Hunt, it's that there are all kinds of monsters in the world. Some you can tell by looking, some reveal themselves much more insidiously. In 100 pages, the story packs a serious punch, and isn't afraid to unmask the monsters in all their many guises.

The story begins innocuously enough- Allie and Erik Herne are on their way to the small town of Wodanfield to move into and renovate a house that was left to Allie by her late uncle. They figure it'll be a good way to earn some extra money from the eventual sale of the house plus regroup and make some plans for their future together. In addition, it's almost Christmas, and what's better than a white Christmas to really get the party started?

What ends up happening to the young couple is unpleasant to say the least. While trying to come to grips with not only the abuse that Allie suffered at the hands of her uncle (yes, the one who left her the house) in the house where they're now living (it's graphic stuff- see the disclaimer at the start of the review) as well what implications that past history may have on their decisions to start a family, they're also confronted with the Furious Host, a murderous supernatural horde consisting of those who were killers when they were human. People are dropping like flies in Wodanfield; it's not a good thing.

While trying to find a way to stem the carnage, Erik and Allie discover that there are layers and layers of secrets in Wodanfield, and nobody's looking to reveal them. When it becomes clear that the monstrosities aren't going to stop on their own, they dig deeper, and realize the sacrifice that will be required to finally send away the Furious Host.

This isn't a story for everyone, and that's okay- this is a hybrid of many different genres, notably horror, but also historical fiction, Norse mythology, and drama. I enjoyed learning about the mythological components of the story and didn't see the ending coming at all. The focus on this story is on the surrounding myth and the battles between the Furious Host and the residents of Wodanfield; aside from details about the tragedies Allie has already had to overcome in her young life and the obstacles to her having a happy future, we don't get a lot in the way of characterization. This story is bloody, aggressive and raw, and makes no apologies. This is not a bedtime story for kids, nor is it an after school special. If you can handle the R-rated elements then this is a unique story worth exploring.

Check out other reviews and more at whatbookisthat.com!

You have subscribed to alerts for Jared Sandman.

You have been added to Jared Sandman's favorite list.

You can also sign-up to receive email notifications whenever Jared Sandman releases a new book.