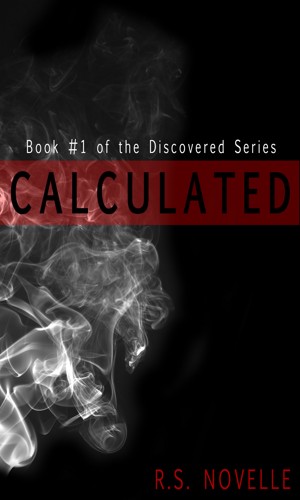 Book 1 in the Discovered series follows investigative journalist Ana Meyers as she follows an unlikely tip from a mysterious informant. This psychological thriller plunges the reader into the murky waters of underground conspiracies as Ana tries to bring truth to the surface and gain justice for the victims of an ill-fated murder cover-up. More
An investigative journalist gets an unlikely tip from a mysterious informant. Dismissing it as impossible, she disregards the information and drops the story. Until the informant turns up dead, as predicted.

Plunged into the murky waters of a seedy underground prostitution ring, this psychological thriller provides twist upon dark twist in a story that would ultimately pin the church and several government officials in the largest murder cover-up the city has ever witnessed.

But is it true, or has the journalist merely been used as a pawn in a greater scheme? And how many people is she willing to sacrifice trying to figure it out?
Available ebook formats: epub mobi pdf rtf lrf pdb txt html
First 15% Sample: epub mobi (Kindle) lrf more Online Reader
pdb
Price: $3.99 USD
Buy Add to Library Give as a Gift
How gifting works
Create Widget
Tags: thriller suspense mystery conspiracy controversial psychological thriller noir sleuth strong female female lead
About R.S. Novelle

Formerly a freelance journalist, Novelle has found placement of 75 of her pieces in both online and print publications since 2008. Additionally, she has written multiple screenplays, and contributed her effective writing style to many non-profit and for profit organizations. She launched several blogs over the years, which garnered international attention.

Reviews of Calculated by R.S. Novelle

You have subscribed to alerts for R.S. Novelle.

You have been added to R.S. Novelle's favorite list.

You can also sign-up to receive email notifications whenever R.S. Novelle releases a new book.