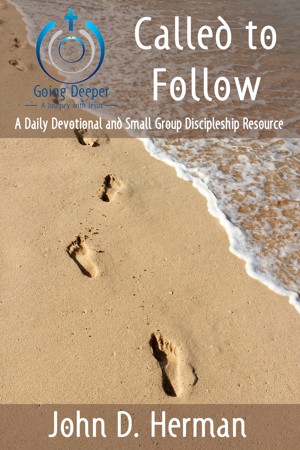 The Rev. Dr. John Herman has served three Lutheran congregations in Virginia during his 30 years in parish ministry. He has been a workshop leader and conference presenter in several states. His passion is in leading congregations toward a discipleship model of church. Pastor Herman earned master degrees from Princeton Theological Seminary and Trinity Lutheran Seminary, and a doctor of ministry degree from The Lutheran Theological Seminary at Philadelphia, where he has served as an adjunct professor.

Along with the five volume discipleship curriculum, Going Deeper: A Journey with Jesus, Pastor Herman has authored a daily devotional and small group discipleship resource about the Sermon on the Mount, called Imagine a World: Living in the Age to Come Now (coming in 2014).

John and his wife Leslie live on the eastern shore of Virginia. They have two adult married daughters and three grandchildren. John’s life mission statement is: “Coaching individuals and congregations into the fullness of God’s mission.”

Also in Series: Going Deeper: A Journey with Jesus

Reviews of Called to Follow by John D. Herman

You have subscribed to alerts for John D. Herman.

You have been added to John D. Herman's favorite list.

You can also sign-up to receive email notifications whenever John D. Herman releases a new book.