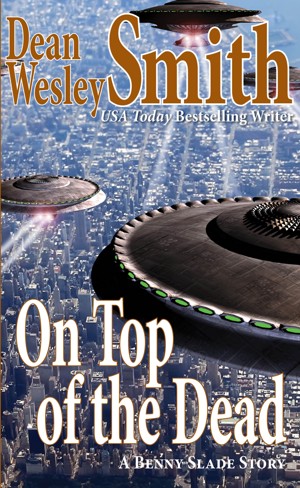 On Top of the Dead

Bestselling writer Dean Wesley Smith is the author of over ninety novels and hundreds of short stories. Not only has he written for Pocket Book in the Star Trek universe, but did the only two original Men in Black novels for Bantam Books. He has been an editor and a publisher and is currently writing thrillers under another name.

Another story set in this same world, only in Portland Oregon with survivors there three years after the event is called “Shadow in the City.” A novel set after the event called Dust and Kisses will be out in the fall of 2012.

Reviews of On Top of the Dead by Dean Wesley Smith

Very outstanding story. What would you do if you were the last person on earth? It was a believable story and also hopeful. I enjoyed it very much.

Good fun story, with very dark overtones. Slade is a more complex character than I would have expected - not perfect, not necessarily likeable, but very pragmatic and practical, and certainly engaging.

You have subscribed to Smashwords Alerts new release notifications for Dean Wesley Smith.