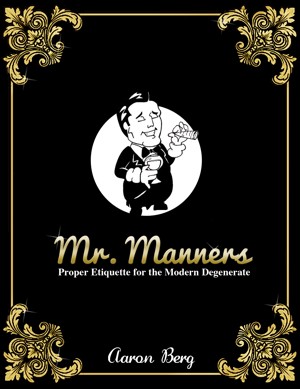 Originally from Toronto, after graduating with an honors degree in Philosophy from The University of New Brunswick, Aaron began his career as a stand-up comedian. After years of paper -work and tens of thousands of dollars in legal fees, he moved to New York City. He now lives in NYC. LEGALLY!

Aaron is the author of MR. MANNERS: Proper Etiquette for the Modern Degenerate and he can be heard regularly on WEZO Radio (Augusta, Georgia) and seen as a political correspondent on The Rick Amato Show on One America News Network defending free speech and other Constitutional rights that he hope to one day access as an American Citizen. In 2013 he shot thirteen episodes as Floyd in the groundbreaking TV series "24 Hour Rental" on the Superchannel network. He has appeared at the Boston Comedy Festival, the New York Comedy Festival, and performed a nationally televised gala set for the CBC Winnipeg Comedy Festival. His first solo show "The Underbelly Diaries" ran off-Broadway at Theatre Row in NYC where it was chosen as "one of three shows you can't afford to miss" in the New York Daily News. Aaron also appeared off-Broadway in Jeremy Levy's one act play 21 Days and was a subject in the documentary "A Universal Language" about six Canadian comedians who travelled to Israel to perform for diverse audiences in the Middle Eastern region.

Aaron has also been on the Artie Lange show and will be making his US network Television debut in 2015.

Reviews of Mr. Manners: Proper Etiquette for the Modern Degenerate by Aaron Berg

You have subscribed to alerts for Aaron Berg.

You have been added to Aaron Berg's favorite list.

You can also sign-up to receive email notifications whenever Aaron Berg releases a new book.