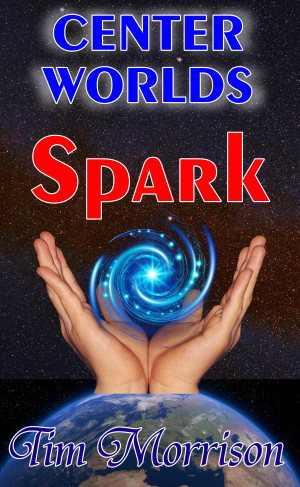 A boiling nebula full of fire and ice stops all travel through it, at it's heart lies a forgotten and lost world full of potential allies in an oncoming war.

For war is coming, sure as the suns rise and the moons make their orbits. The Clans will take sides and everything will change for the young Lord as he tries to weave politics and military tactics within a loose alliance ruled by a Half-Mad Emperor, known as the Confederacy.

Young Ryo Camelin, soon to be Lord of Clan Camelin, does not want to be stuck ruling the Clan from the Central Tower of his Clan World. He wants to command the battlecruiser that has been his Clan's for more than four hundred years, and he has an urge to explore. A violent gas nebula in the heart of his own territory has been off limits for more than a thousand years. Deep within it lies a world long thought destroyed, a world surrounded by legend and wrapped in lies and betrayal. Clan World Desinlo. Once the heart of the Confederacy, now banished and abandoned.

There are too many questions that need answers, and too many answers that beg more questions, young Lord Camelin must seek out the truth for himself and his children and uncover a mystery that concerns the entire survival of The Center Worlds.
Download: epub mobi (Kindle) pdf more Online Reader
lrf pdb txt
Price: Free! USD
Add to Library
Create Widget
Tags: romance coming of age adventure emperor starships space battle piracy galactic empires
About Tim Morrison

Have been writing since 1993, when the ideas first came into play. Polishing the work as I traveled all over the world, finally settled back in Canada, and have begun getting my words ready to read on the Internet.

My focus is split between erotica and the Center Worlds. My erotica is used as a test bed so that I can fine tune my writing to ensure there is an emotional connection to the larger work that I do within The Center Worlds. I tend to write Romantic Erotica, it can be very hot, but also has a plot that works for the characters within the covers.

The Center Worlds is a Science Fiction series set in a galactic cluster much closer to the Core from Earth. Where the Confederacy and the United Suns are at odds over territory and the people who inhabit the region. Clan Camelin fights to keep the Confederacy together from within as different Clans fight to tear it apart.
The T'Ressi from the United Suns sit outside, waiting for their chance to strike. Piracy is rife in the Buffer Zone that separates the Confederacy from the United Suns, a region known as the Frontier. Pirates strike deep within the Confederacy, attacking liners and transports and dodging back to the relative safety of the United Suns space, where they are protected by treaty.
The Confederacy is all Honor and rigid duty. Military strategy is focused on Large strategic strikes, rather than small tactical moves, backed up by 12 mighty battle cruisers.
The Clans fight among themselves for honor and propriety. Clan wars kill people and sterilize worlds, slowly weakening the Confederacy so that the United Suns can move in when the time is right.
And, just to really complicate things, on the outskirts of the Center Worlds, a cloud of darkness moves core wards, leaving desolate waste behind it.
Epic romance, brutal violence, explicit sex, star ship battles across planetary systems, planets under siege, Piracy, romance, true love, loss and recovery. It is all here, contained within the Center Worlds.

This is a pretty good story that has a lot of things that I like. There are some decent sex scenes in it and most are caring and consentual. The battles and other violence are mainly seen from a distance, but relatively early in it quite a few important characters die and you are present for some of them. We eventually find out that was necessary to the plot, but it was somewhat disturbing at the time. It is not violent enough for Hollywood so if you're looking for body count, not much gore here. For me, that's one of the biggest pluses.

The sexuality has some aspects of Kassidor and some aspects of Mars in Percy Greg's 'Across the Zodiac' published in 1890. There is a class, society or caste known as Lari'Sota that may be bred and/or trained as sex workers or sex slaves, since many of them are without the right to refuse. The statement, "I am here for your pleasure," would insure I have none since confidence that it was mutual was necessary for me to derive pleasure from it. They are very far from the mainstream in modern Kassidor where sexual immorality is defined as using coercion or deception to gain a partner.

But like modern Kassidor, when a child first achieves sexual maturity it is a joyous occasion that makes their parents proud. That is so extremely distressing to modern America that I have not put it in any of the stories and could not because most are 14 to 16 Earth years of age when it happens and under the 18 year cutoff for sexual activity on this site.

Most of a plot is a space war between clans, but the plot is not very important to the story, the characters and their relationships are. The story has a few loose ends. The author claims there will be more in the series but I don't see them here. There is one in the same universe but it's a different story line.

The main problems with this are some proofreading errors, it seems every 'its' is 'it's' for instance. There are a few more. These aren't bad enough to inhibit the reading, but they are noticeable. More noticeable is the prose, especially early in the book. Maybe I just got used to it later, but it seemed to improve. If the prose flowed a little better this would gain another star in my opinion.

(review of free book)
Feather1 reviewed on June 21, 2014
(no rating)
I really enjoyed this story wish there were more books about center worlds
The characters seem to come to life in the pages of this Tale

You have subscribed to Smashwords Alerts new release notifications for Tim Morrison.

You have been added to Tim Morrison's favorite list.

You can also sign-up to receive email notifications whenever Tim Morrison releases a new book.